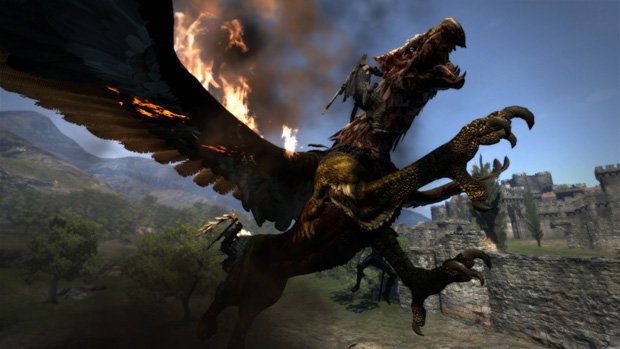 A goblin pack! Their kind hates ice and fire both! I’ll draw it near! Take the offensive! Fall still!

That’s all I got from this footage of Dragon’s Dogma from Gamescom. Sure, the combat looks kind of fun, and riding on a flying enemy while you stab its back is pretty cool. But I can’t help wondering if the player might have taken down that griffin much faster if his AI companions would shut their trap for one goddamn second. If Capcom is going for a Lord of the Rings-esque fantasy theme, complete with goblins that sound like Gollum, they should at least try to duplicate some of the witty banter between characters like Legolas and Gimli. Five minutes of those soundbites were bad enough, so I’d imagine hearing them for the whole game would drive a man totally mad.