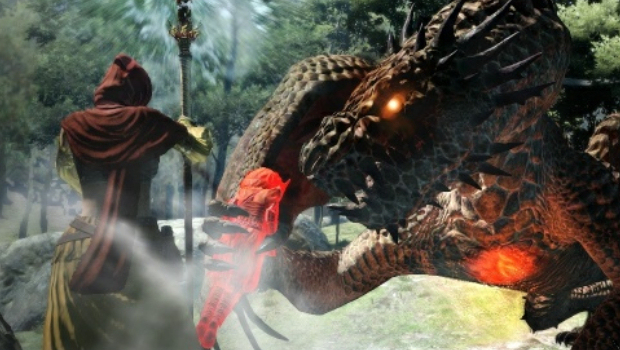 Dragon’s Dogma has shipped over a million copies worldwide, prompting Capcom to put its faith behind the IP and declare it the beginning of a major franchise. Now we can look forward to Dragons Dogma: Operation Gran Soren and Dragon’s Dogma Arcade Edition! Oh, the sweet exploitation.

“Dragon’s Dogma set a new record in Japan for sales volume of an entirely new brand in its first week for releases during the past decade. Worldwide shipments have surpassed one million,” stated the publisher. “As a result, Dragon’s Dogma has become Capcom’s 55th title to top the one million level, demonstrating once again that Capcom ranks among the world’s leading game producers in terms of technical and development skills.”

Capcom says it wants the series to become “another pillar of earnings,” which means it wants to release a bunch of sequels, and has also hinted at more downloadable content for the original game, since it clearly hasn’t had enough yet.

Sarcasm aside, I am glad to see the game did well. It was full of great ideas that were offset by a few very noticeable problems, and I’d be very interested to see a sequel that addresses those setbacks.