I mean ‘new’ in a loose sense

Orchid Seed is a funny company. When Dragon’s Crown came out in 2013, a few figure makers announced that they would be picking up the property. Around that time, Orchid Seed announced their very own Sorceress figure. And then, a whole lot of nothing happened…

As the years wore on, MegaHouse released their Dragon’s Crown lineup. Max Factory, belatedly, released their Sorceress figure. I was starting to think Orchid Seed’s version was just going to wind up in their large pile of abandoned projects. But now I see the truth. They had known all along that Dragon’s Crown Pro was on the way, and timed this pre-order accordingly! 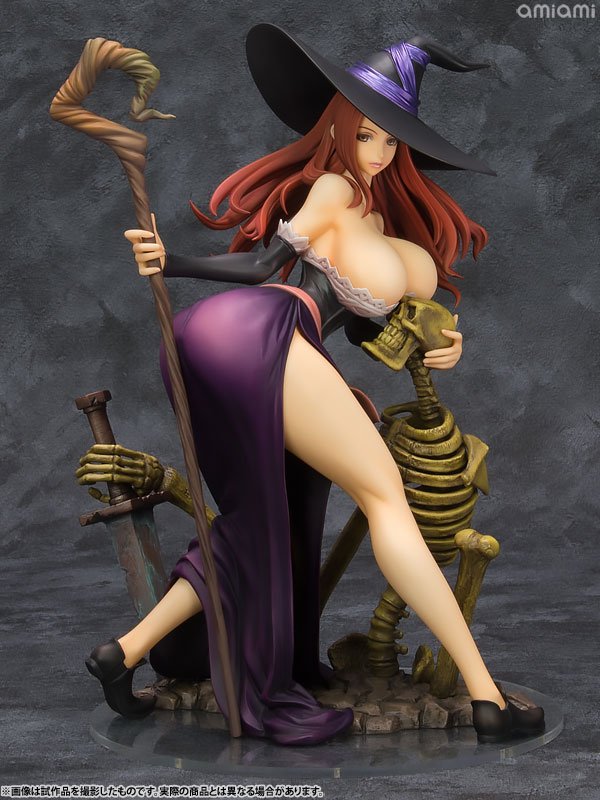 As you can see, this figure is a faithful translation of the game art (which courted a fair amount of controversy back in the day). However that also means some questionable anatomical traits – artist George Kamitani must not know where nipples go. But it’s all in good fun, being a stylized fantasy character.

You can pre-order this figure from Amiami and other Japanese retailers for ¥15,660. It’ll be out in June 2018, assuming we’re very lucky and Orchid Seed actually makes a release date for once.