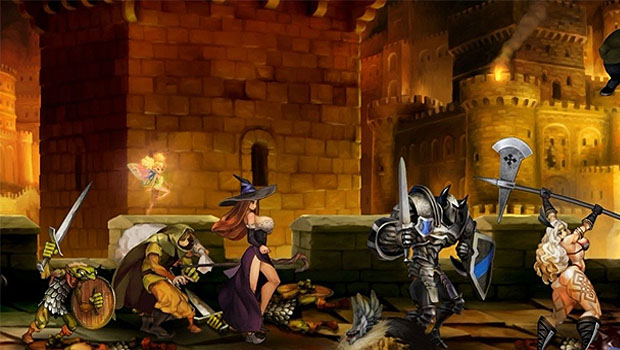 PS3 and Vita prices confirmed, but cross-play between the two are out

[Update: a NeoGAF user has located more information based on the Japanese version of the game. Going off of the official website, both versions will have online play, and cross-save capabilities, but as previously stated, will not support cross-play. Online play will match you with players of a similar level.]

Atlus has just confirmed that this Summer, Dragon’s Crown will launch in North America on the PS3 for $49.99, and the PlayStation Vita for $39.99.

New details have been confirmed, such as a thief NPC named “Rannie,” that will pick locks and reveal hidden passageways for players. There’s also confirmation of “massive” skill tree options for the customization of all six playable characters (Fighter, Dwarf, Amazon, Wizard, Elf, Sorceress).

Although four player online multiplayer is confirmed for both versions, it appears as if there will be no cross-buy or cross-play supported in the PS3 and Vita versions of the game, which is a massive disappointment for a social game like this. Still, it’s basically a miracle that this game even still exists, so I can’t wait to try it out.