It’s no secret that faithfully adapting any kind of property is a tall order. Adaptations often result in atrocious products, born from disinterested creators and corporate interests looking to make some quick bank. However, on the surface it isn’t immediately obvious why it’s so damn hard to adapt an anime, or a game, into a new medium. Why is it so hard? Well, in short, if the folks behind the adaptation aren’t prepared to deal with the expectations of fans, or challenges behind translating a work into a different medium, they’re already making something that’s garbage. Adapting a property is like climbing a mountain; sure, it seems easy and all, but if you rush yourself and go in unprepared, you’re doomed to lose your footing, and unwittingly plunge into the dark recesses of internet hate.

But sometimes, a miracle happens. Sometimes the people adapting a property don’t give a shit, and climb the mountain buck-ass-naked. Sometimes, they fall so easily and hit the ground so hard it inadvertently shatters the fabric of reality, leaving the world they tried to re-create unrecognizable from the original. Sometimes, they create a masterpiece of a disaster, leaving us with a hilarious movie on par with the The Room or Samurai Cop.

Yeah, that’s Dragonball: Evolution, and here’s why it’s one of the best-worst movies ever. 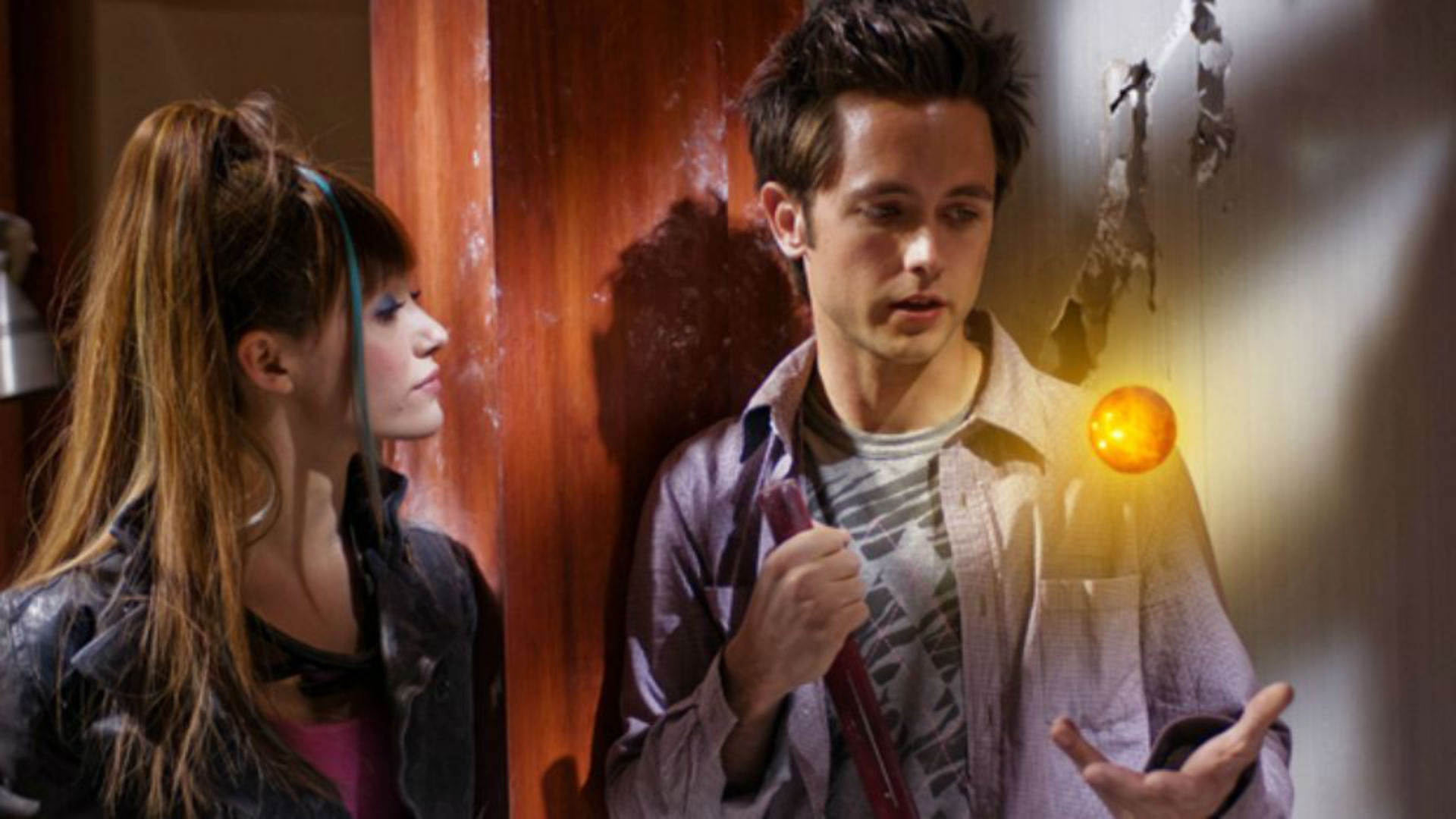 For starters, this movie is funny, but not in an Edgar Wright sort of way that has you grinning from ear to ear. This movie is campy as all hell, complete with a grossly stereotypical high school setting straight out of Twilight, and acting so bad, so unbelievable, that it makes me wonder how anyone watched the movie from start to finish, and said, “Yeah, looks good to me.”

However, there’s a catch. Sure, the acting is just awful, but it’s an amazing spectacle once you realize how campy it is. Master Roshi is the same pervy old man he was in the Anime, but something about translating that to live-action makes him sound like a kooky villain from Metal Gear Solid. Yamcha acts like a dude-bro, complete with the bro-iest of bro voices and fist bumping to boot. Contrast that with Bulma, who seems to be doing her very best Buffy impression, and Goku, who is every awkward, angsty highschool kid combined into one.

These renditions are so off-kilter that watching them swing into motion and interact with each other is nothing short of comedy gold. Honestly, every time I’ve watched Evolution, I’ve rewound at least three different scenes to watch again because it was just that entertaining. Combine that with some poor dub work (mostly for Goku) and you’ll be dying after the first fight scene. 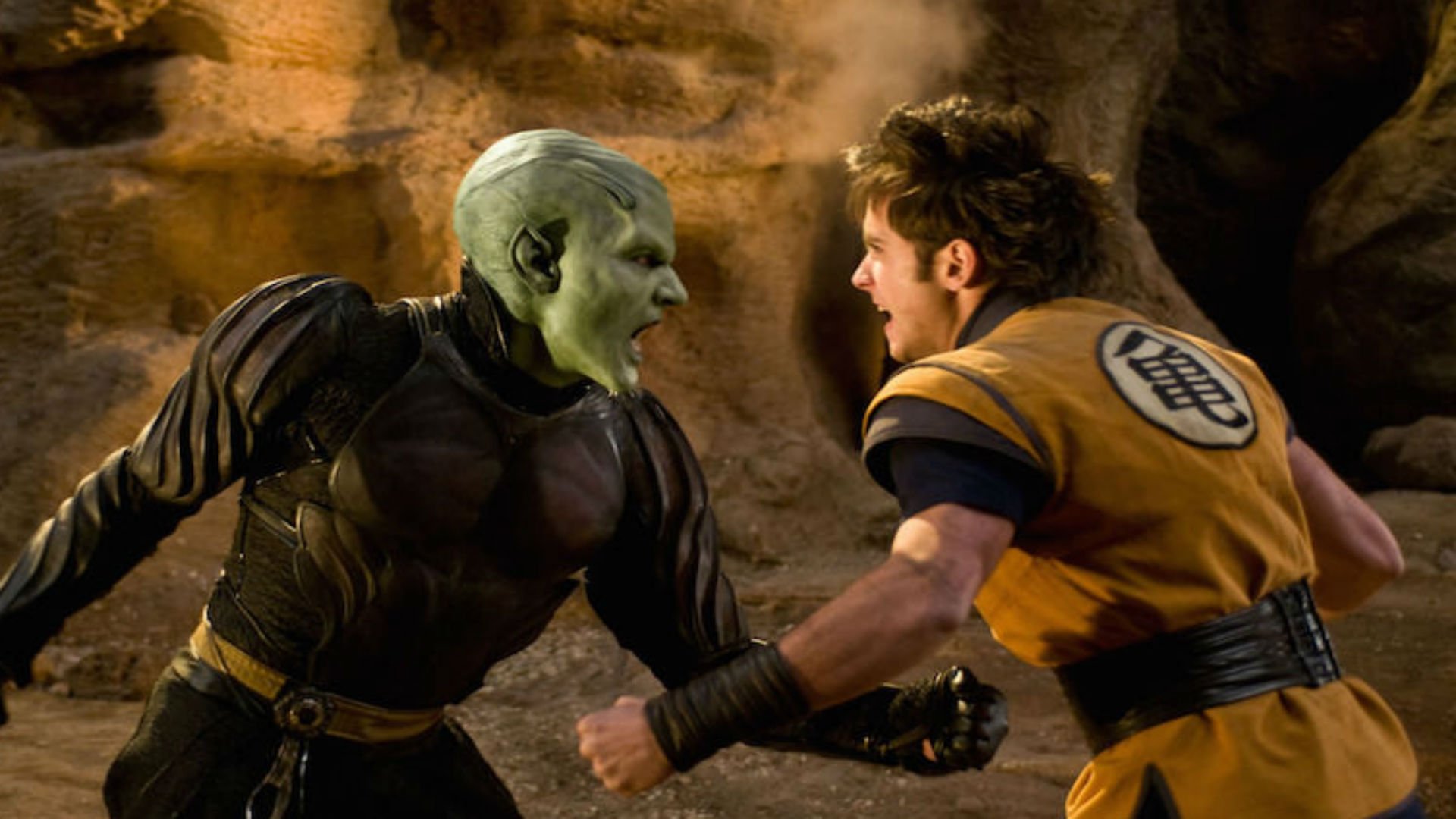 Speaking of which, the fights are one of the most inexplicable elements of this film. They can range from laughably bad CGI sequences, to poorly executed sparring scenes. And, when it comes to these scenes…oh boy, you’re in for a treat. I don’t know if the director was intentionally trying to make them funny, but in nearly every fight that doesn’t include absurd amounts of CGI, the blocking and the choreography has this element of self-awareness that I couldn’t ignore. Someone on the team was trying to make us laugh. For example, there’s a scene where an Chi-Chi’s impostor is making her escape from a temple. The camera goes into a close up on her face, and someone from off-screen punches her out of the frame, before revealing it to be the real Chi-Chi. It’s little things like this that catch you off-guard, which is what great humor is supposed to do. This kind of visual comedy happens far too often in Evolution to be a coincidence. Someone knew this movie was trash and decided to cheese it up as much as possible.

Now, I understand that quite a few folks out there can’t enjoy this movie because it tarnishes the Dragonball name. Which is understandable, but as I mentioned at the beginning of this nonsensical diatribe, Dragonball: Evolution is so far removed from its source material that I’m not sure that fact even matters anymore. Evolution completely fails to carry the tone, the humor, the adventure, or even the personality of its characters over from the anime. In that regard, this is a Dragonball movie in name alone, and that name means little compared to the reasons why so many people love this series. Look, the acting is ridiculous, the story only makes a lick of sense if you’re familiar with the universe, and the dialogue sounds like it was written by a 12-year-old. Evolution feels like a fan film gone horribly wrong.

That isn’t an unfair comparison either. Watching Evolution is akin to watching low-effort cosplayers try their hand at film-making, and it shows. Painfully. Undeniably. Hilariously. The costumes all look like they were picked up at your local thrift-store and I wish I was joking about that. Do a quick google search on Goku’s getup and weep at the outdated (even for 2009) Hot Topic look that he commands until the very end of the movie. And, believe it or not, his look becomes worse he puts on his classic orange outfit. Looking at Justin Chatwins tiny ass sporting such an iconic uniform puts me firmly in the mindset that yes, this movie was a joke. It was conceived as a social experiment to see if people would despair it, or cave and enjoy it as a so-bad-its-good comedy. 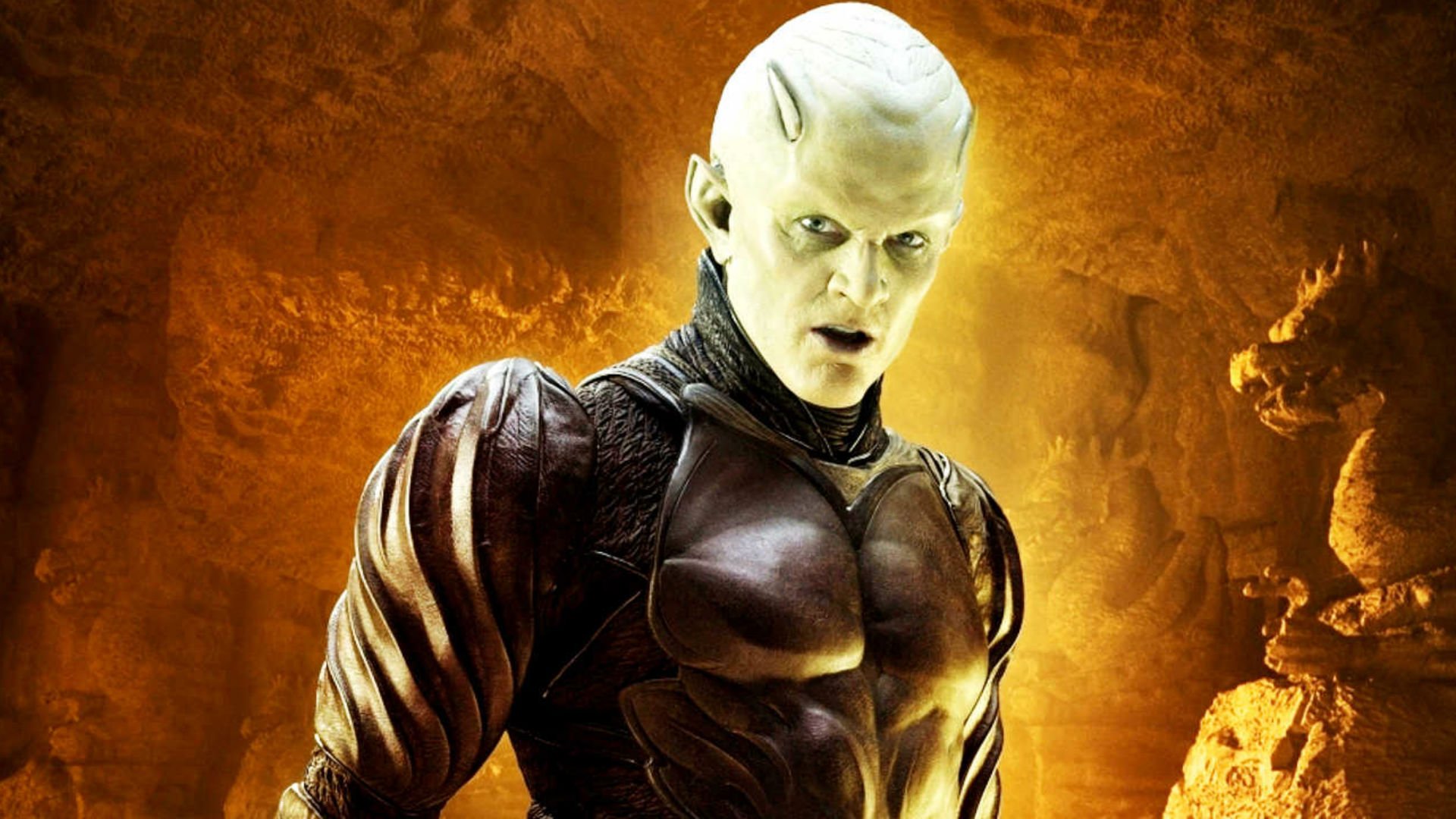 There is so much wrong with this movie that makes it enjoyable, but I’m droning on for too long already, so I’ll rattle off some other stuff that made me laugh.

Off the top of my head, this movie has a very…singular…color palate. People criticize Michael Bay for his overuse of metallic blues and oranges, but Evolution puts Bay to shame. This movie is fucking ORANGE. I’ve seen at least ten movies, and no movie has ever included such an overbearing color scheme as Evolution’s. What’s funnier is that it’s this unappealing rusty orange shade that would send even a decent movie straight into the bargain bin. In addition, I think that Piccolo has one of the worst character designs in film history. I would say ugly but…yeah.

I could keep rambling about this terrible, wonderful movie, but I would be doing it a disservice. A picture is worth a thousand words, but a movie? It must be seen to be believed. I’d recommend grabbing some popcorn, calling a couple of friends over, getting into an altered state of your choice, and belly-laughing at this disasterpiece. I’m sure it’s what Akira Toriyama would want.