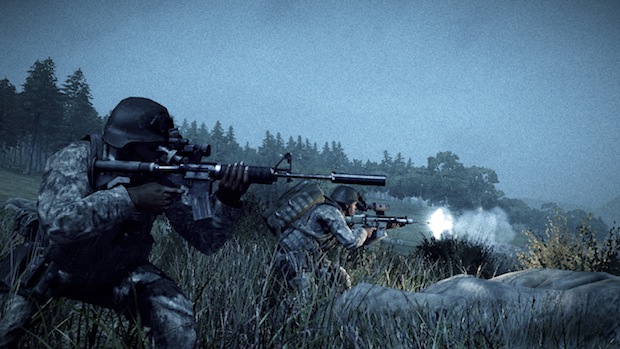 Plans are in the works to launch the first bit of Operation Flashpoint: Dragon Rising DLC with an accompanying digital band-aid, created to smooth network issues.

In a recent conversation with Eurogamer, Codemasters executive producer Sion Lenton said a patch would hit with the initial DLC for the game. Sion didn’t talk significant DLC details, but he did say the patch would make things “flow a bit better,” and gave a rough timeframe for the release.

“Within two-to-four weeks of release, tops,” said Sion. “Our intention is to align [the patch] with the first DLC pack that’s coming out as well, which is due around the end of October. Hopefully we’ll do the whole thing in one.”

Sion remarked that it was easy for Codemasters to add new stuff, such as game modes, to the core game. He then said that the Rising team is looking at tossing in some new equipment and even a bit of vehicle balance.

Seems like there’s plenty to look forward to on the Rising DLC front. Are you guys ready for more?