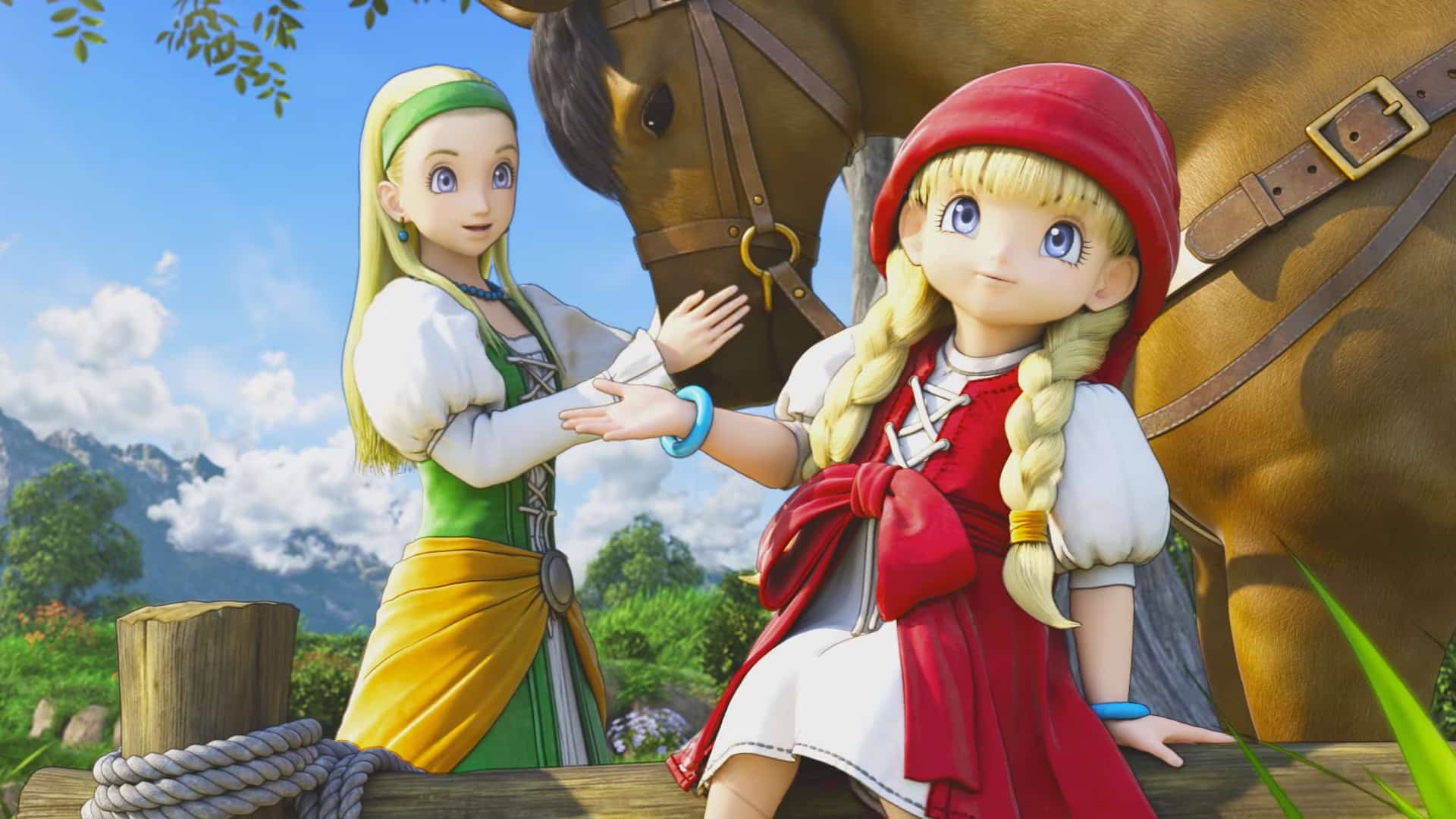 During my weekend at PAX East, I was lucky enough to drop in on Square Enix and get the details on some changes and improvements coming to the western release of Dragon Quest XI: Echoes of an Elusive Age.

All of that being said, Square is naturally looking to release the best version of Dragon Quest XI possible when it finally comes to the west on September 4, 2018. So they’ve put a lot more work than just localizing the massive game into this version.

For starters, the game is fully voiced in English, the original Japanese release didn’t feature VO at all. They’ve also polished up the character and camera controls, as well as adding a first-person camera mode you can use while standing still and adding a dash to help you move through the environment faster. Dragon Quest’s hard mode, Draconian Quest has also been made even more difficult in this version.

After going over some of the changes coming to the Western version, I sat back and watched a pre-recorded chunk of gameplay English voice acting and all. This next bit covers what I saw in the demo, so light spoilers ahead.

The demo took place a few hours into DQ XI opening with our hero learning that he is the reincarnation of a hero of legend known as the Luminary. Naturally, after learning you’ve got some ancient evil to slay the player sets off to let the king know who he is.

Along the way, we got a look at some of the world of Dragon Quest. According to Neal Pabon, Square’s marketing manager leading the presentation, the overworld will function more like an interactive map with locales on the overworld will be sprawling areas to explore.

They’ll be no random battles while you travel. All enemies appear on the map and require you to make contact with them before entering combat. If you’re in a hurry you can barrel through enemies on horseback to avoid combat. It won’t yield you any experience, but it is pretty funny to watch. While you can use your mount to avoid combat you won’t need to dismount your horse in order to enter combat or pick up items. 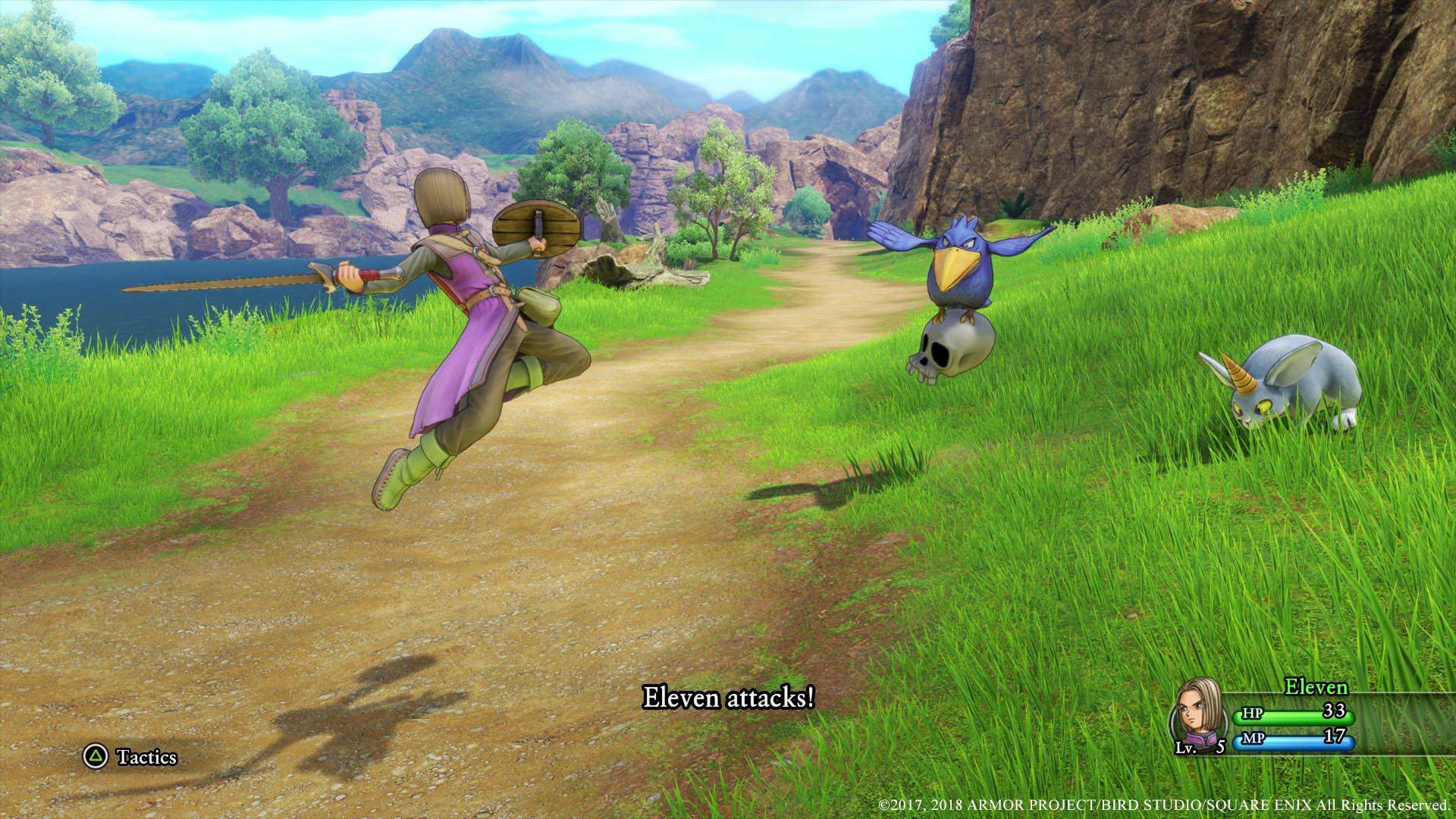 Combat is the same old turn-based you would expect from the series, but the new free camera mode lets you move your character around during combat. This won’t let you dodge enemy attacks or anything, but if you would rather not sit still the option is there.

As night set in out in the wild we noticed a change in the monsters activity. The day and night cycle will affect the behavior of both monsters and NPCs. Nightlife in that first Dragon Quest town seemed a little dull.

Next Neal made his way to a campsite. Here you can rest, heal status effects, chat with your party members, and visit the store. Neal noted that you can change your equipment in the store menu cutting out having to juggle menus to optimize your parties gear. 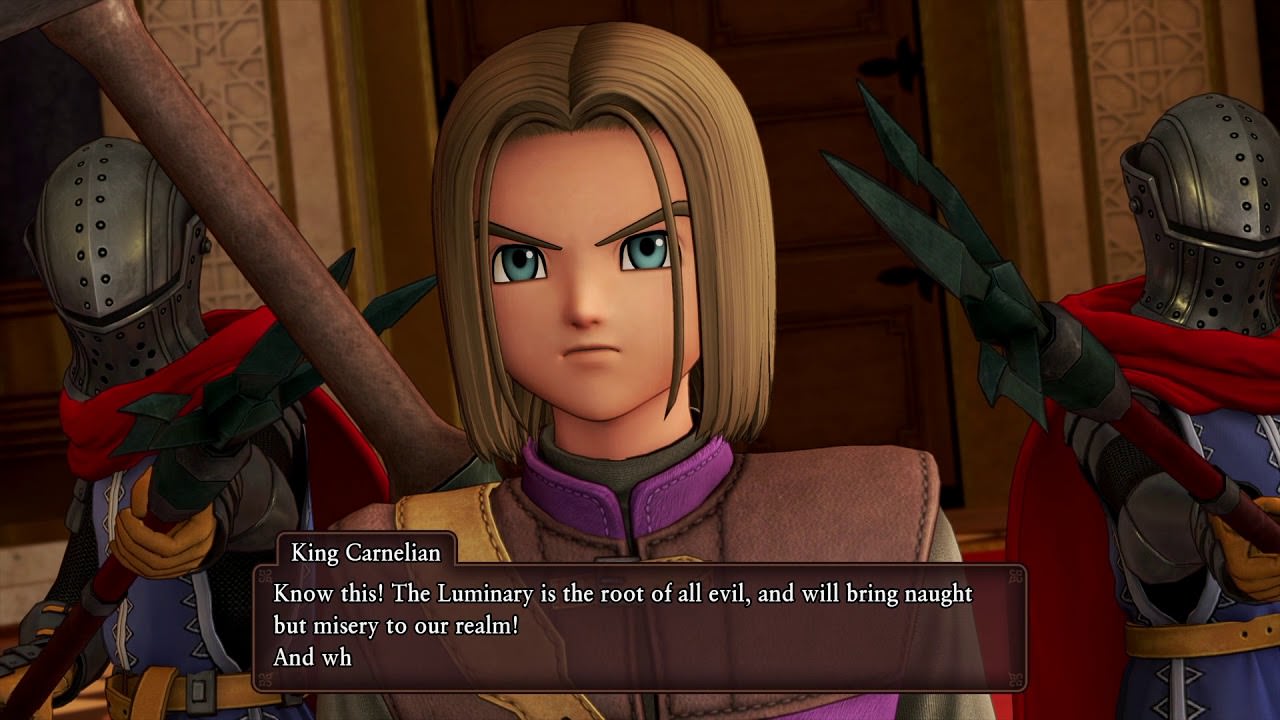 Once we reached the castle town our hero took care of a quick side quest saving a village girl’s cat with some light platforming. Next, the farmboy claiming to be a legendary hero informed the guards he was here to see the king. Since this is an RPG it took very little coaxing to get through the door. After a deceitful discussion about heroism, the king reveals that he’s sort of a dick, locking up the protagonist claiming that the Luminary’s return means an ancient evil isn’t far behind.

I haven’t played a Dragon Quest game since Dragon Quest VII, but I’m excited to give the series another go. Dense RPGs are right up my alley so I guess I’ll be disappearing for a few dozen hours come September.