E3 is a rather lousy place to play Dragon Quest XI for the first time. Sessions are limited to just 15 minutes, and with two small maps to explore with a bevy of points of interest, a single session isn’t even a proper amount of time to scratch the surface of the game.

In my lone hands-on with it, I don’t think I saw a tenth of everything the demo had to offer. But even with just a tiny bit under my belt, I’m enthralled by nearly every facet of Dragon Quest XI.

Of the two locations available, I go with Gallopolis, a sprawling desert area with a multitude of ways to proceed. With no time to dwell on my decision, I choose to play the demo straight and hunt down the Slayer of the Sands. This massive beast has been causing a row and somebody needs to put it in its place.

The beast is quite a distance away, but my noble steed makes the journey fly by (and also completable in my limited allotted time). My horse also allows me to avoid combat. With no random encounters in the game, I can skip fights by plowing through enemies at the expense of gaining experience points. Because I don’t know exactly how much time I’ll have here, I avoid almost all fights.

Those few bouts I do engage in are classic Dragon Quest. I can set tactics for my entire team, leaving actions up to the AI, or pick and choose their moves individually. I can also switch between keeping my characters stationary or moving them freely around the map. The latter option provides no tactical advantage but does do a nice job of showcasing the lovely environments. 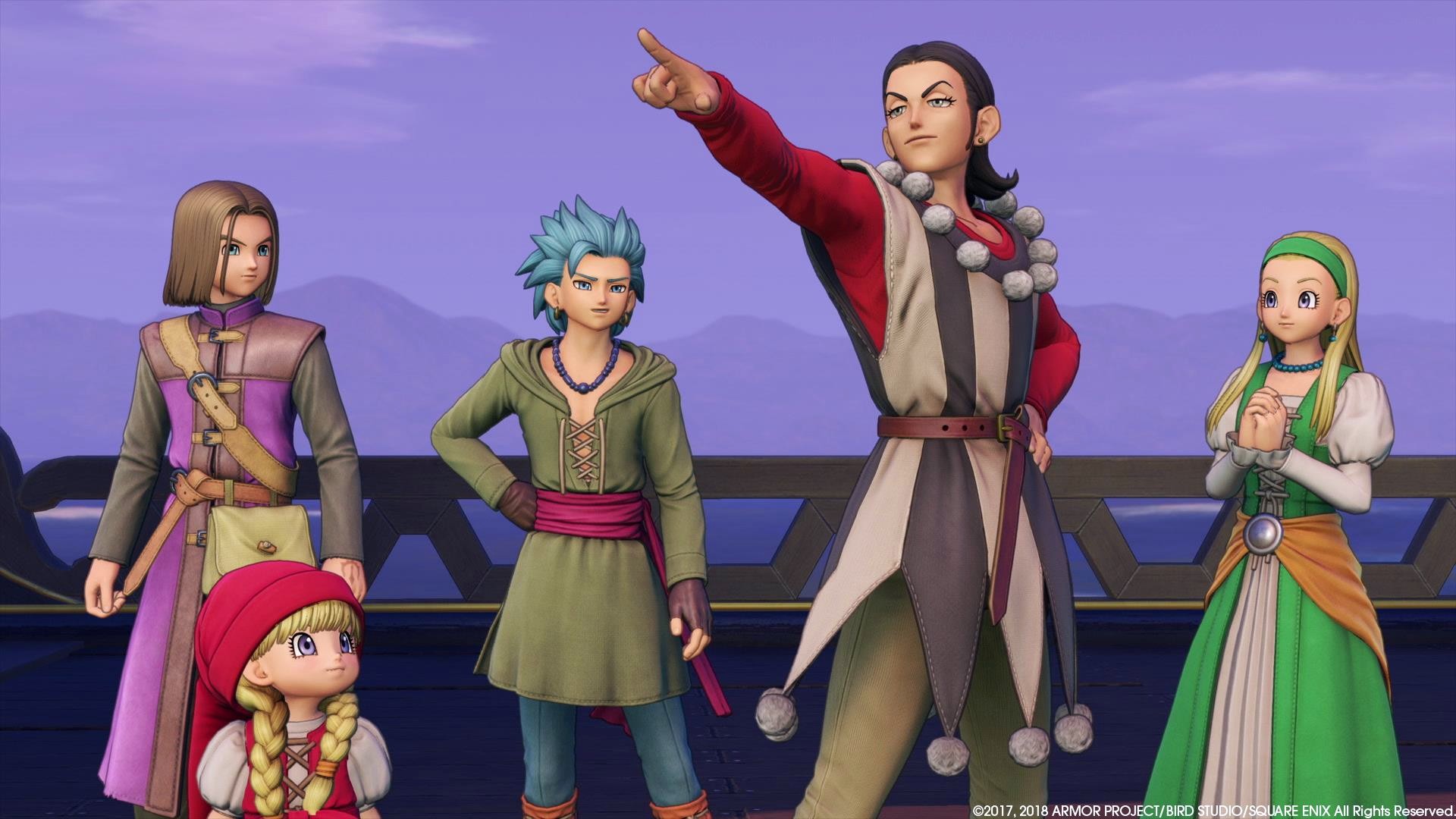 There’s a little bit of story during this quest, something to do with a prince, but I don’t pay attention as I’m distracted by the voice acting. When it releases in North America, Dragon Quest XI will feature full English voiceover. From what I’ve heard it’s not exactly stellar. I appreciate the flamboyant inflections of party companion Sylvando, but the rest of the cast doesn’t quite hit the mark.

Near the end of my demo I finally face off with the Slayer of the Sands, a gigantic scorpion capable of dealing incredible damage to my entire team. It takes me almost five minutes to win, nearly falling to the foe a few times before it’s bested. All-in-all a classic Dragon Quest battle.

Dragon Quest XI: Echoes of an Elusive Age isn’t setting out to rewrite the manual for the series. It’s classic, just the way I like it. While overuse of the horse may leave players grinding if they fail to adequately level their team, this soupcon of the final product has me confident Square Enix has made itself a game for the ages.