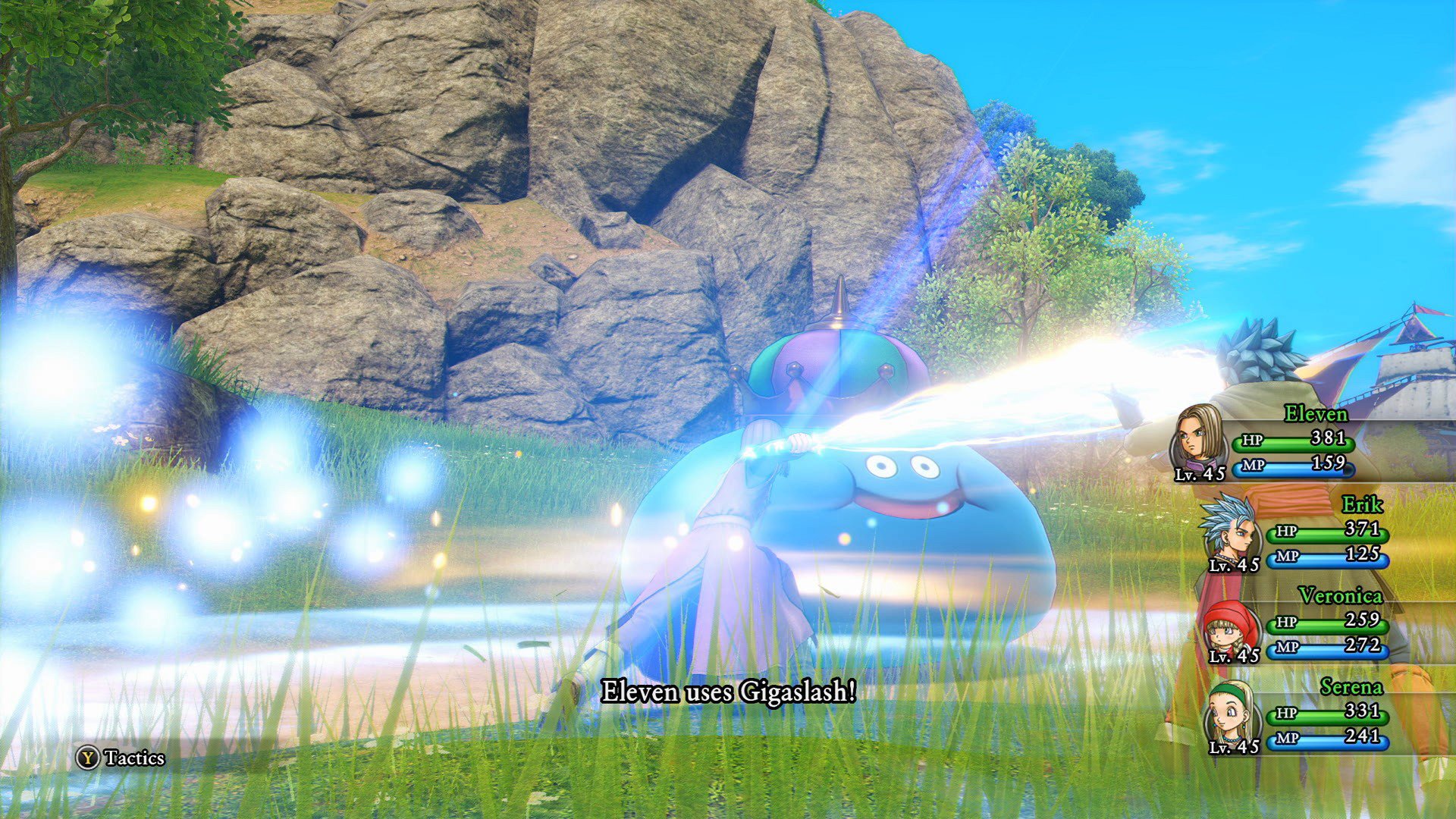 After a stint on Nintendo Switch, Dragon Quest XI S: Echoes of an Elusive Age – Definitive Edition is coming to PlayStation 4, PC (Steam), and Xbox One (including Xbox Game Pass) on December 4, 2020.

It’s a hell of a name for a hell of a game. And it’s about time Xbox players get to experience this series.

Building on the already whimsical base game, the Definitive Edition of Dragon Quest XI has bonus story scenarios woven into the original adventure, a lavish 16-bit mode, a much-appreciated orchestrated soundtrack, the Japanese voice track, battle speed options, a photo mode, and miscellaneous gameplay features like hassle-free crafting to “make the game smoother and more convenient to play.”

That said, expect some visual quirks due to the Definitive Edition’s Switch lineage.

Square Enix is selling Dragon Quest XI S for $40 on PC, PS4, and Xbox One, and there’s no upgrade option or discount for current players who want to experience the new Definitive Edition content.

At least the price is where it needs to be for players who are coming in fresh.