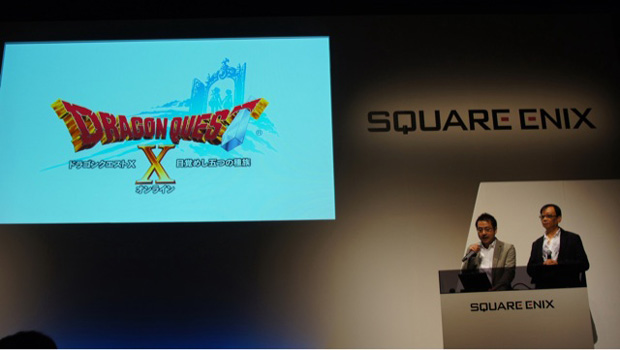 [Update: An enhanced Wii U port is also on the way. Read more about that, plus other details, over here.]

Over in Japan right now, Square Enix is holding a Dragon Quest conference in which Dragon Quest X is finally revealed. Disappointing anyone who was hoping for a platform shift, the game is still coming to the Wii. However, the game will now incorporate some MMO elements, allowing you to team up with players online for quests. And before people go “oh no, Wii online, blegh,” think back to Monster Hunter Tri. If a third party is bringing the big guns to the Wii, it will make sure the online element WORKS.

Bits we know so far are that this will be the first internally developed Dragon Quest game ever, with a CG intro movie by Square Enix’s movie team Visual Works, and that new jobs and quests will be available post-release. Also, battles now take place seemingly in real time, allowing you to actually see your character as you fight. Despite focusing on online, the team promises a robust story.

We’ll give you more details in the morning, most likely.