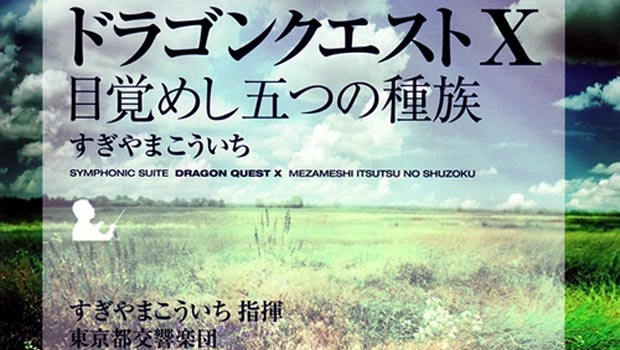 Surely to be a suite collection of music!

You can always count on a great soundtrack from the Dragon Quest franchise, and that’s mainly because series mainstay Koichi Sugiyama has been at the music’s helm since its inception. That, and his scores for each title are incredibly formulaic.

Given the MMORPG nature of the Dragon Quest X, I imagine Sugiyama has written a ton of music for the game, but none of that has been released. What’s being released today in Japan is the customary “Symphonic Suite” album containing live arrangements and suites dedicated to the game’s battle themes, dungeon themes, and more.

My copy is already on its way, and I’m greatly looking forward to hearing what Koichi Sugiyama has up his sleeves at age 81. It’s available from CD Japan (with samples) for 3,000 Yen ($34) for those who are interested.