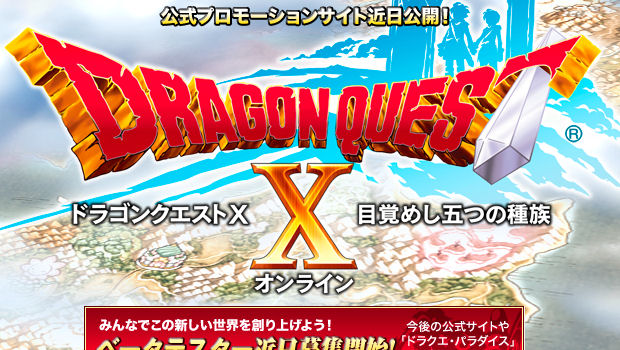 After yesterday’s deluge of Dragon Quest X information, it has come to light that, contrary to original reports, Dragon Quest X will require a permanent online connection in order to play. According to Square Enix, only a “few hours” are playable offline. Anything beyond that needs the Internet.

Furthermore, the game aims to take its new MMO approach to a logical conclusion, with news that Square Enix is charging a subscription for the game. So far, price is yet to be determined.

In Japan, Capcom charges a usage fee for Monster Hunter Tri, offering thirty days of connection for 800 Wii Points and ninety days for 2,000. Interestingly, the charges weren’t brought over for the North American version, but there’s no indication Square might go a similar route. That said, this game isn’t even confirmed for anywhere but Japan yet.

I like Dragon Quest, but I don’t think I like it enough to keep paying for it. What about you? Do you think this is a bold new direction for the series, or a bad idea?