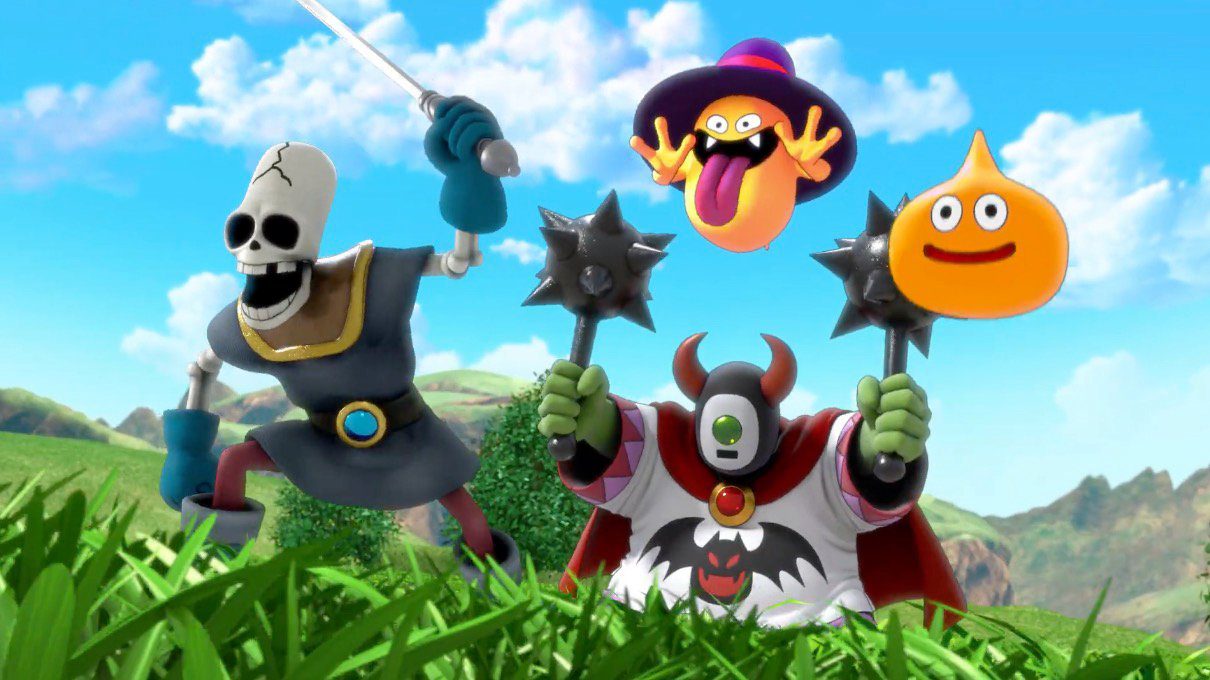 I can play this until they localize Dragon Quest Walk

Dragon Quest of the Stars hit North America at just the wrong time earlier in 2020. Arriving almost five years after its initial release in Japan, the free-to-play, gacha RPG reached our shores right around the same time COVID-19 did. A month later, my employer put out a memo instructing anybody who could work from home to do so, and soon enough I found myself dropping off this mobile adventure in favor of Dragon Quest XI S – Definitive Edition on my Switch.

In a few months though, depending on how this winter goes, I’ll start going back to the office for a few days a week. Because I won’t be stuck at home as much, I’m probably going to once again find time for those simple little gacha games that help pass the time. And while Dragon Quest of the Stars still has some life to it that I wouldn’t be against picking it back up, it may have to step aside for Dragon Quest Tact. 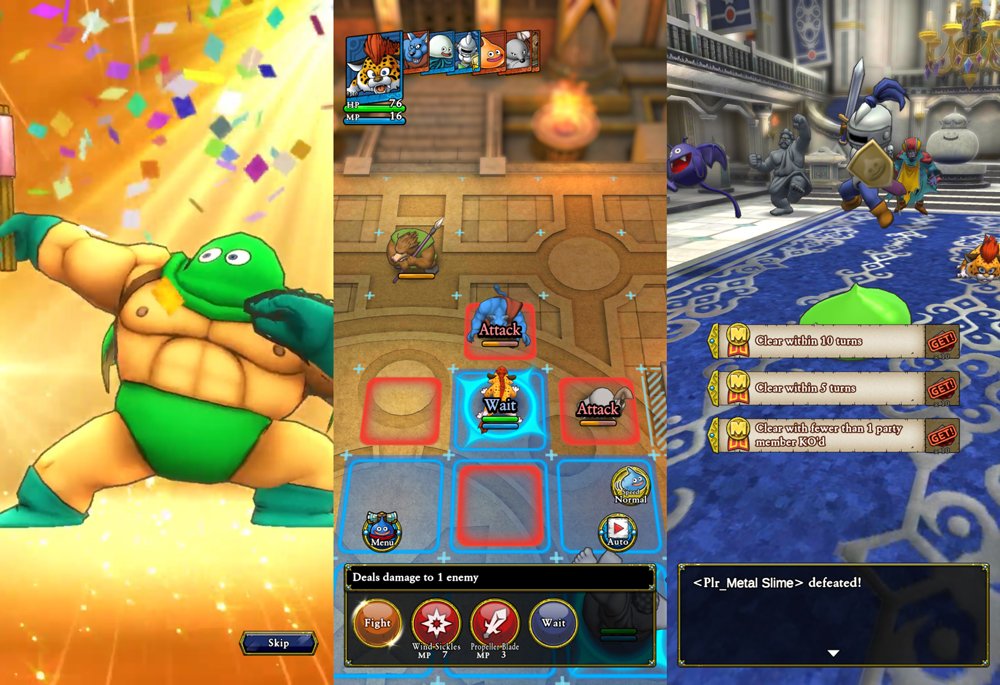 Dragon Quest Tact impressed me right off the bat with its production values. This game looks gorgeous and runs fantastically on my Google Pixel 3a. We haven’t seen too many Dragon Quest mobile titles reach our shores to compare, but the classic DQ monsters really pop here. The battlegrounds have enough detail and charm as well to show a lot of work went into them. The layout of the actual tactical grid might be incredibly basic, with a flat fighting surface that occasionally features cluttered rubble to block your way, but that puts it on par with the tactical combat.

Your best source of comparison for Dragon Quest Tact is Fire Emblem Heroes. The battlegrounds can be a bit bigger, and there is no weapons triangle to manage, but the casual nature of the game is the same. This isn’t trying to replicate a more extensive tactics game you’d find on console and PC. Rather, it’s comfortably designed for the mobile experience, getting you in and out of battles as quickly as possible.

Because this is a gacha game, there is a lot of loot to collect. You can add new monsters to your team through the campaign or scout them with random gacha draws. You can only have one of each monster in your repertoire, so if you want a team of slimes, you need to make sure you have at least five different types of slimes. Like with other gacha games, all that loot you acquire can be put to good use leveling up your characters, strengthening their moves, raising their rank, and boosting your profile rank. If that sounds like every other free-to-play gacha game, well, you’re not wrong. 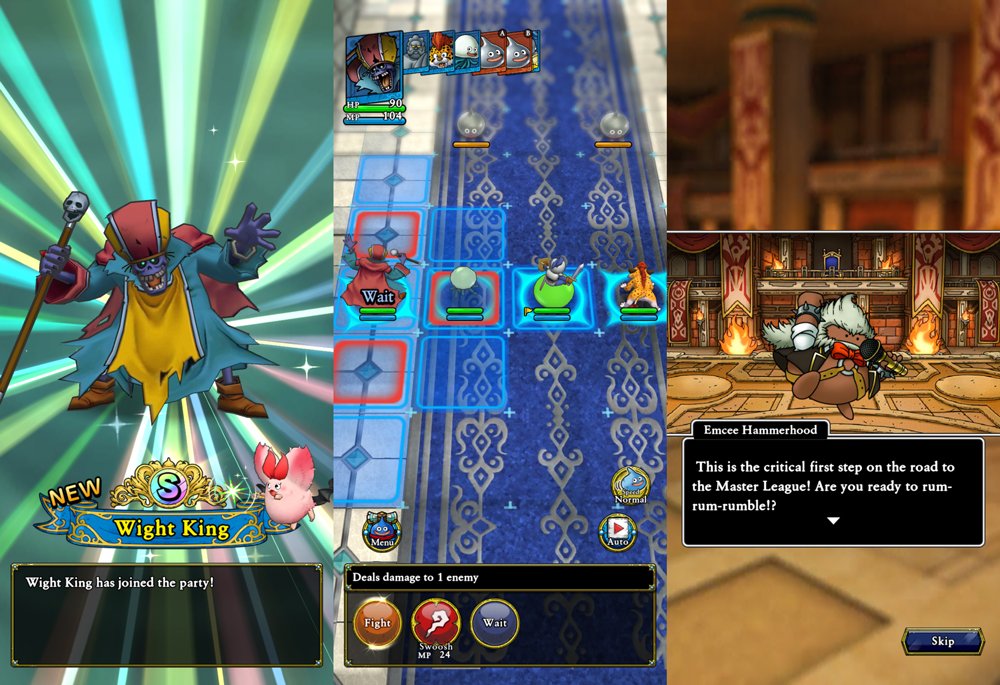 So if this has all the elements found in other F2P mobile games, what makes it better than, say, Tom Clancy’s Elite Squad? Basically, its superiority to that and many other similar titles has to do with the base gameplay. Dragon Quest Tact is simply more engaging and enjoyable to play. It may lack depth, but it’s not afraid to throw a challenge your way even in its early hours. I had an S-ranked and an A-ranked character from my first freebie pull, but by the third chapter, I really had to start paying attention to the make-up of my team and how best to take down enemies as fast as possible. As with most free-to-play games, if you stick with it, you’ll eventually face more challenging battles that you might be able to conquer with grinding, coughing up cash, or displaying a competent amount of skill. Nothing from this preview period required the former two tactics, but chances are quite likely it’ll goad players to drop some dough when those inevitable Final Fantasy crossovers start.

I would be lying if I said I didn’t look at Dragon Quest Tact with a tinge of disappointment following the blockbuster success of Genshin Impact, but it’s probably unfair to hold this title up to that game’s standards. I mean, who knew miHoYo would pull that off as well as it did? While Genshin may be the future of free-to-play gacha games, or at least the new gold standard, this is an excellent example of the genre as we’ve come to know it.

Dragon Quest Tact is out now in Japan and will launch in the rest of the world in early 2021.

[This preview is based on an Early Access build of the game provided by the publisher.]