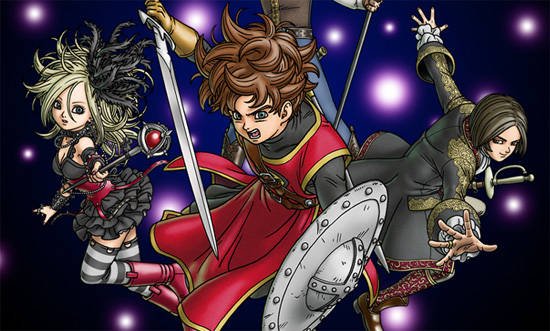 Get ready to kill some slime earlier than expected, Dragon Quest fans!

Square Enix has officially moved the release date the upcoming Dragon Quest title, Dragon Quest Swords: The Masked Queen and the Tower of Mirrors to February 19, 2008. The game was original slated for release on February 26, 2008, but I guess the people at Square are just as excited as us for the game’s release, so they moved it up. Either that or Final Fantasy XIII is costing them so much money that they need to actually sell something to pay the rent next month. I kid, I kid.

I personally loved the last two Dragon Quest titles and can’t wait to pick up my copy this month. You know, to help them with gas money.