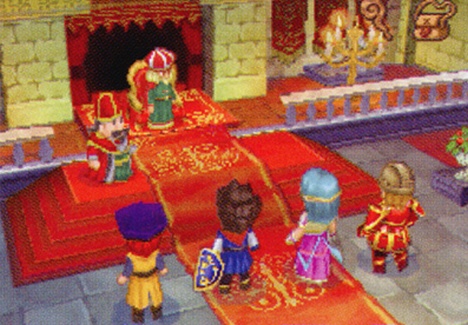 If you’ve been waiting patiently for Dragon Quest IX to come out in Japan feeling that it means we’re that much closer to the North American release, I’m afraid I have to be the jerk who pees in your cereal today: you’re going to be waiting quite a bit longer. According to IGN, Square has announced that the release date for Japan has been pushed back to July 11th, over three months later than the original release date of March 28th.

Square said the reason for the delay was that major bugs were detected in the title, which they tried to fix in time for the release date, but were unable to remedy the issues in time.  It’s only a few months, but for Japan this is depressing news as the Dragon Quest franchise is one of their most popular. On the other hand, I’m used to waiting years for a new Final Fantasy, so a few months isn’t going to bother me much.