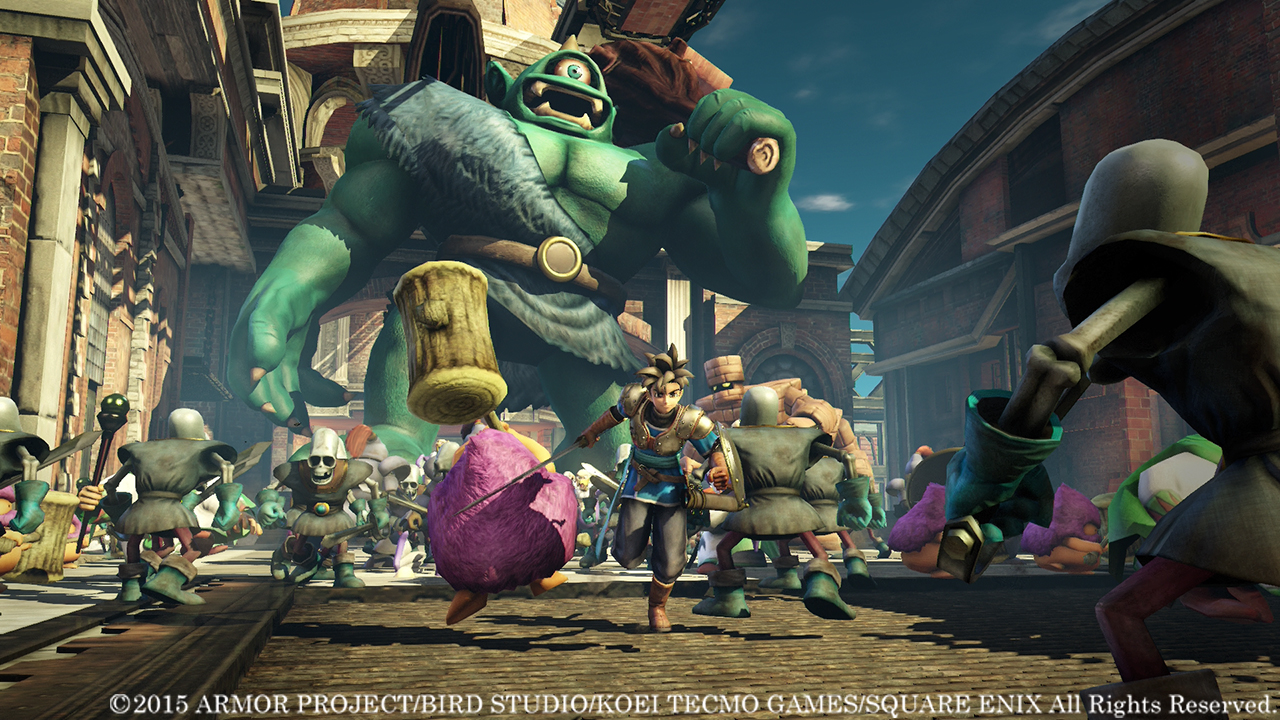 Includes all bonus DLC for free

I’ve got quite the soft spot for Omega Force’s series of Musou titles. If you’ve heard of or played Dynasty Warriors, then you know exactly what they are. As the popularity of the studio’s games grow with every release, it branches out into new genres and applies its Musou brand onto new properties. Even though it’s been referred to as a guilty-pleasure series by many, I actually take issue with that.

Granted, there is a feeling of repetition that’s current throughout every entry — because you can only mow down waves of foes so many times — but the level of richness in content, variety, and the sense of scope is unmatched within the action genre.

I got just that with the upcoming release of Dragon Quest Heroes: The World Tree’s Woe and the Blight Below (yes, that’s the full title). Even though it’s been out in Japan since February, Square Enix is keeping the Dragon Quest momentum going for its upcoming Western release. While at PAX Prime 2015, I played over an hour of the English version of the game, and I was pleased to see that this spin-off title has got just as much bite and heft to it that the series is known for.

Set in the kingdom of Erusaze, humans and monsters live in relative harmony with one another, until one day, the capital city of Arba is attacked by an army of monsters led by an evil sorcerer. Taking up arms against them are two heroes from the king’s guard who must band together a group of adventurers, warriors, and even monsters of their own from across the land to combat the legion of foes seeking to destroy civilization.

Given the scope and detail of both the Dragon Quest series and the Musou titles, the story does well to fit itself nicely into the themes and styles of both. With the vivid and colorful setting of the DQ games, which channels Akira Toriyama’s signature art style quite well along with the vast number of foes to battle, there’s a undeniable richness to the world. Exploring it was quite a treat.

In traditional Dragon Quest fashion, players can name their central character and then proceed on their epic quest. However, Dragon Quest Heroes presents players with the choice of two unique characters, Luceus and Aurora, both of whom are fully voiced, have their own personalities, and posses their unique play-styles. Selecting one will allow players to view the story from their perspective, with the other serving as another member of the party. 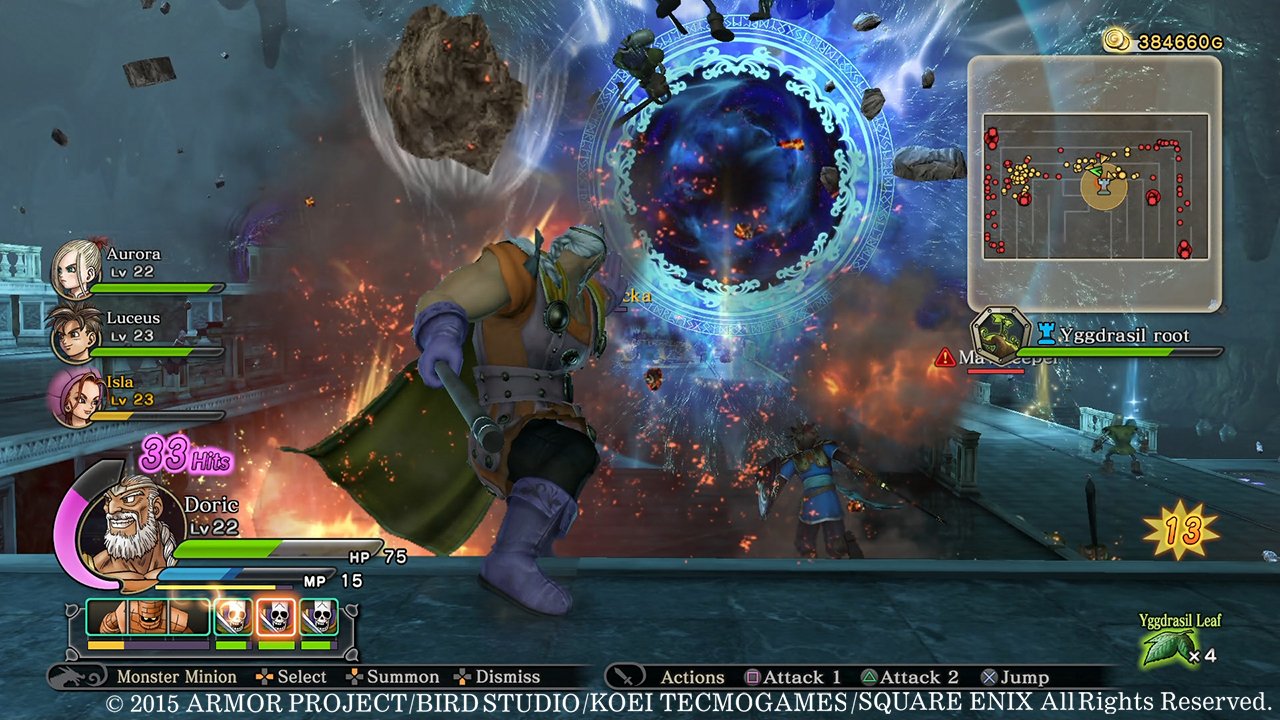 Much like other titles in the Musou series, players will be able to choose multiple characters with their own unique move-sets and abilities. Many of the classic DQ archetypes and classes are recreated with new fleshed-out characters, and even some returning from past Dragon Quest titles will join your party to battle the evils that corrupt the land.

Moving away from the random battles and turn-based combat, the developers incorporated many of RPG systems from the series into their brand of Dynasty Warriors-style combat and gameplay structure. Battles are entirely action-oriented, using quick and strong attacks, magic, and even the tried-and-true Tension abilities from recent Dragon Quest games to beat down the legions of monsters. Stages take place with in vast open areas with waves of monsters, while tasking players with completing objectives from active quests.

You’ll have to manage your MP for magic attacks, and keep your inventory of support items well-stocked for when you travel out into the field. The gameplay is very similar to titles like Dynasty Warriors, but it still has the DNA of Dragon Quest. I was happy with the marriage of different genres. Even though I felt more a twitch-focused approach to gameplay, I still felt a sense of progression as I grew in power along with my party. 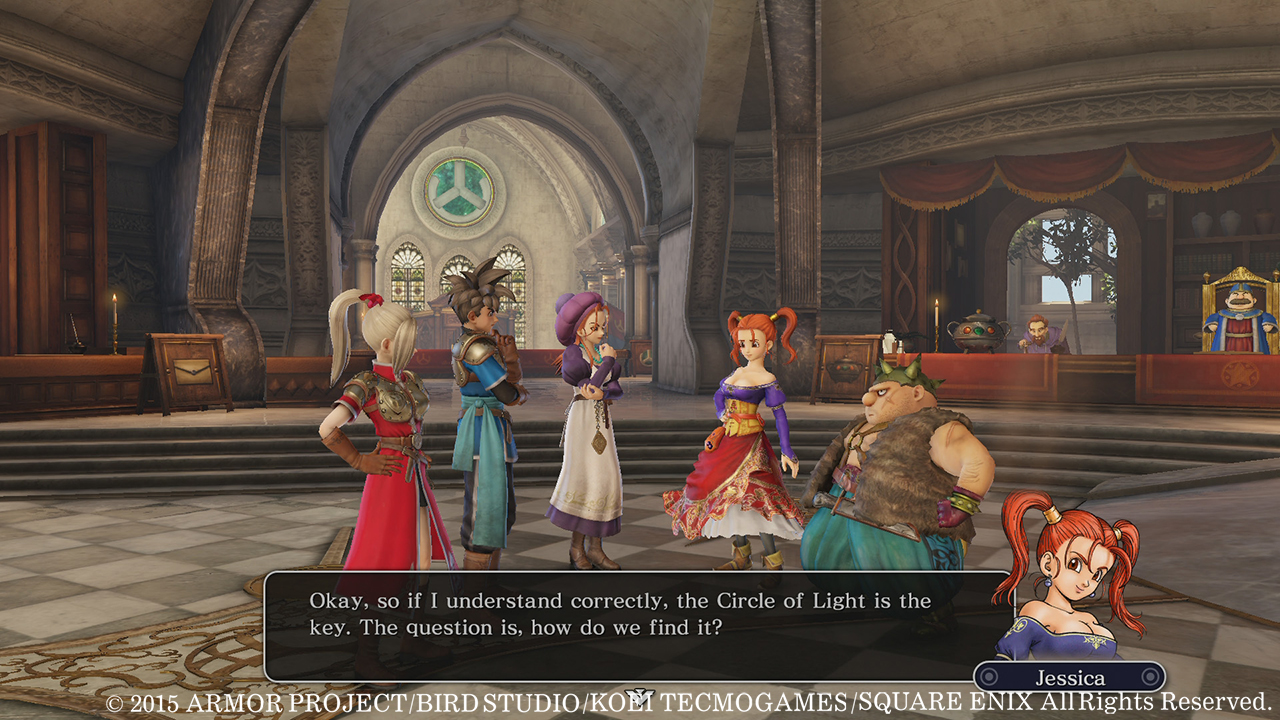 Keep in mind, the general structure of Dragon Quest Heroes is focused on the singular adventure with your party. Unlike the other Musou titles, which focus on a particular characters and their campaign, your party of heroes in DQH will be with you throughout your journey, and while you can switch between them during battle with ease, your chosen characters are still the main focus.

Eventually, your band of heroes will gain access to a flying fortress made of stone, which will serve as your base of operations as you travel around the world taking on new challenges. With the airship, you’ll essentially have a mobile town from which you can shop, interact with other characters, find new quests, and perform any other needs you may need. Battles are much faster and to the point compared to most other Musou titles, which is great for the focus on narrative and the RPG systems.

With its October release approaching, this title will be up the alley for both fans of Dragon Quest and the Musou series. For the classic RPG series, this is largely new territory to be exploring. Action-RPG gameplay with its rich and finely-tuned systems would be challenging to do justice, but I was pleased with how Omega Force made the transition.

To make things more enticing for the Western release, all the released DLC from the original launch in Japan will be available for free to all players. Even with its new gameplay, Dragon Quest Heroes still exudes the same sense of adventure and wonder found in the much-loved series.