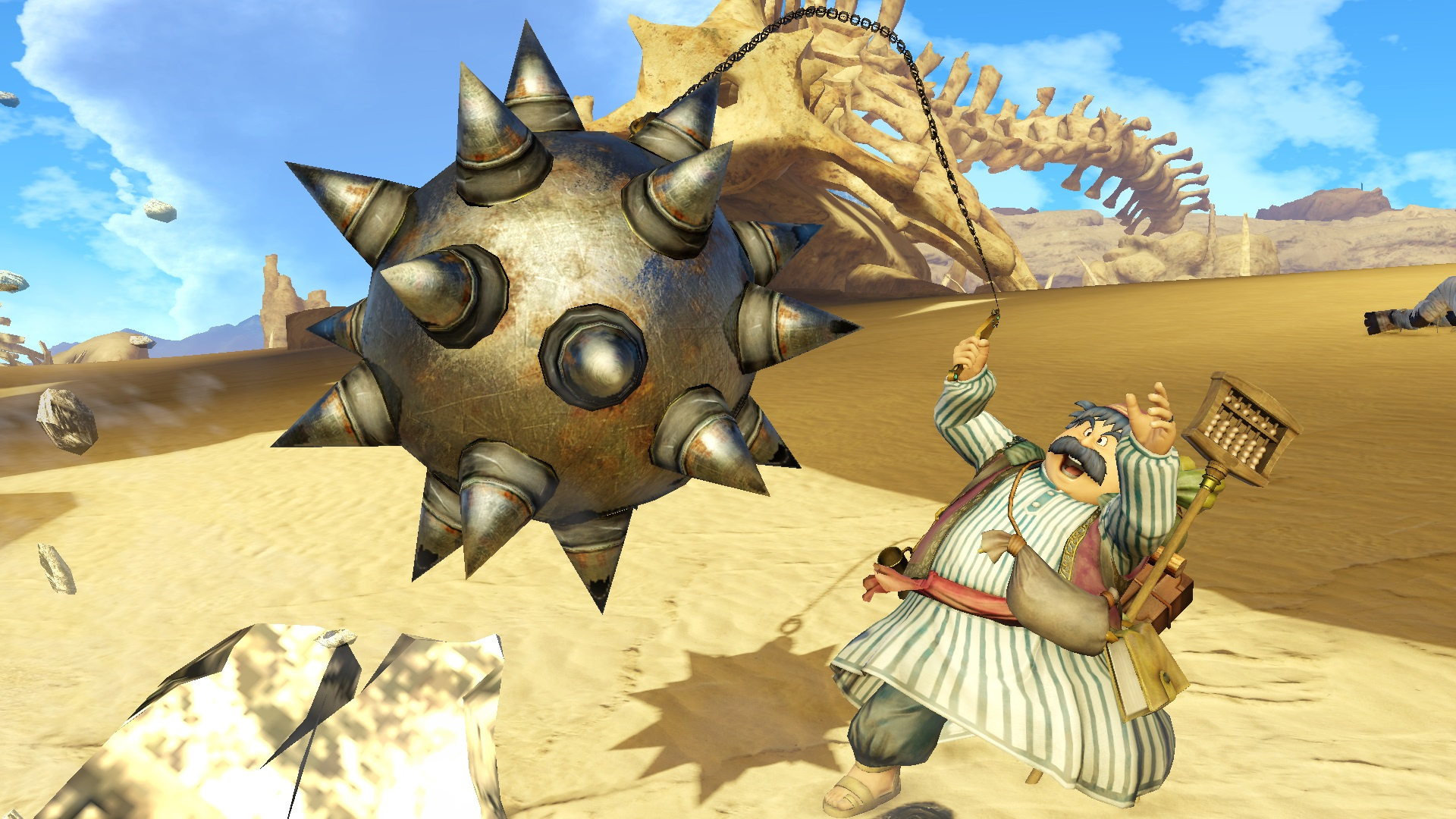 Bring on the stupidly hard bosses!

Are any of you playing Dragon Quest Heroes II? I haven’t seen much buzz, and even though I’m enjoying the sequel and find it to be a big step up from the original, that lack of noise is understandable. There’s only so much time in a day, and higher-profile games are surely keeping y’all busy.

If you are hacking and slashing your way through the endless monster hordes, Square Enix is beginning its month of free content updates today on PC and PlayStation 4. Here’s the schedule: 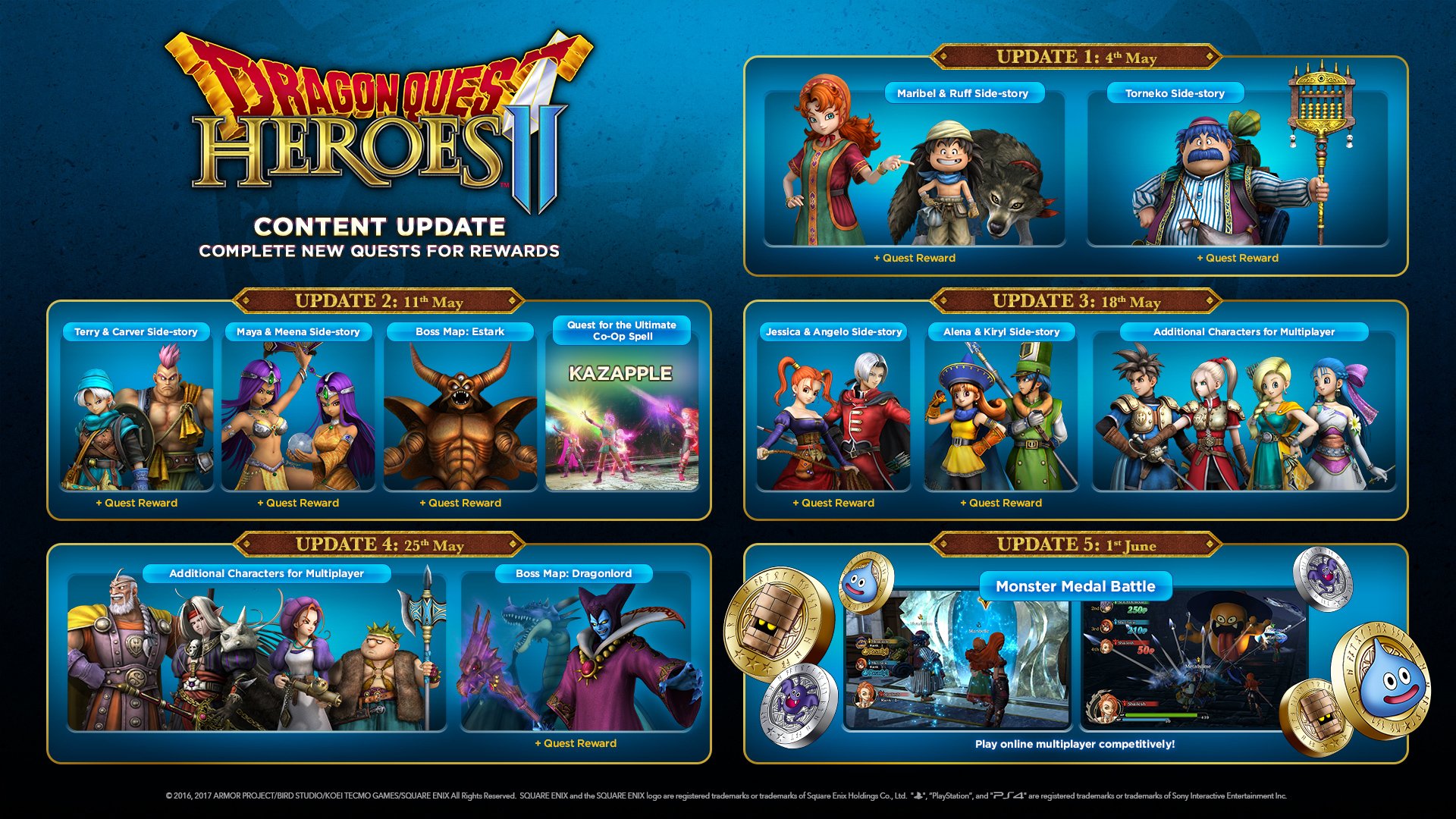 I think I’m something like 40 hours into the game, and I’m currently crawling my way through the many post-game distractions. More side quests will be nice enough, but I’m really looking forward to having Yangus in multiplayer (he was my bestie in Dragon Quest Heroes) and those boss maps.