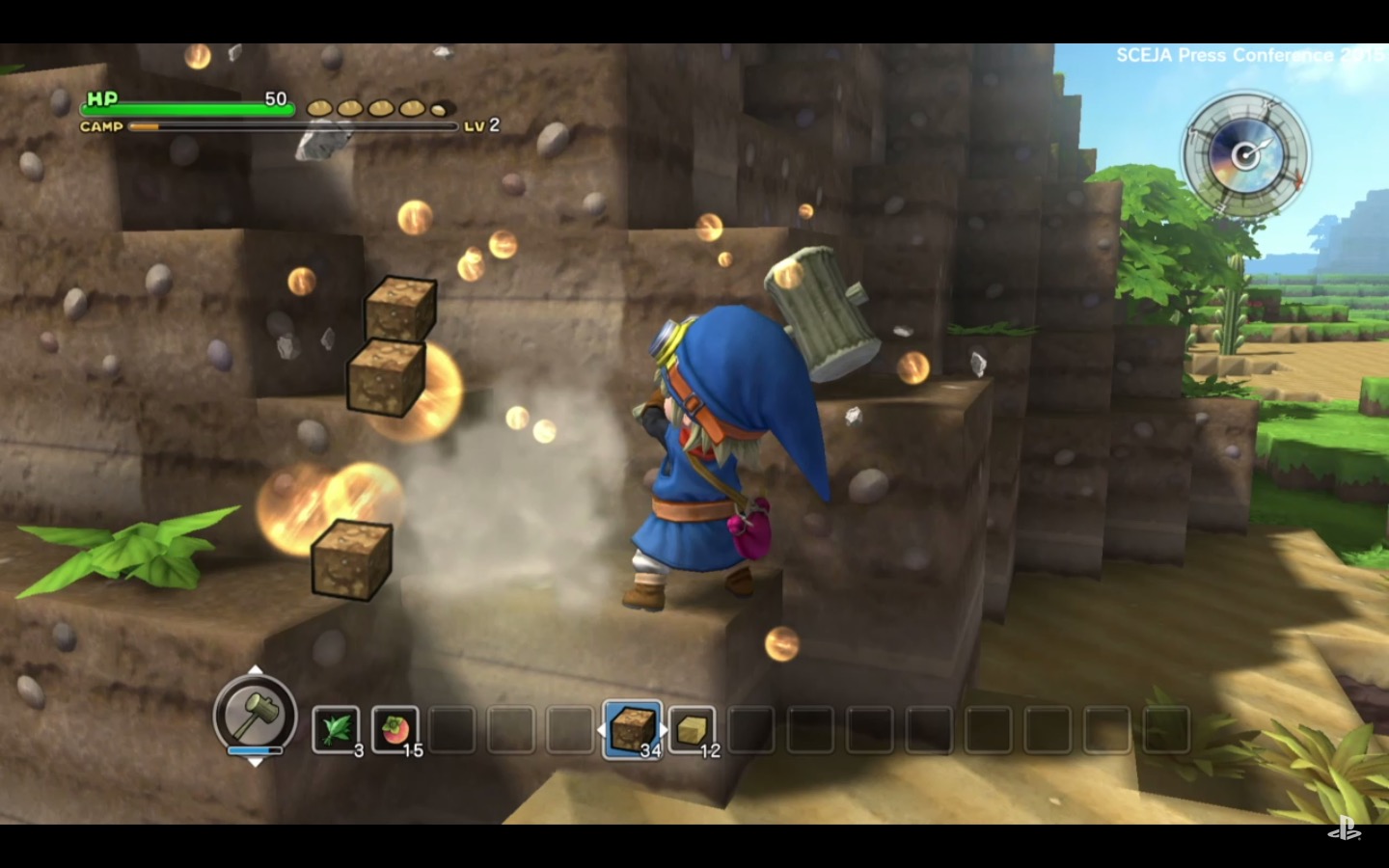 Square Enix showed off the opening cinematic for Dragon Quest Heroes and its director proceeded to explain block-building games as if Minecraft isn’t also huge in Japan (it is). Builders is an in-house Square Enix project getting “ideas from Mr. [Yoji] Hori” to get the Dragon Quest flavor. It’s definitely prettier than Minecraft.

Dragon Quest Heroes is launching January 28, 2016 in Japan (PS3, PS4, Vita). In the meantime, the team insists it has a great TGS stage, so we’ll check it out on-site.

Remember that Square Enix is using October’s Dragon Quest Heroes “as a kind of opening up of the market,” according to series executive producer Yuu Miyake. “We can gauge whether the American people might want to go back after Heroes and see some of the other Dragon Quest games. Hopefully we could use that as leverage to get those out over here.”

We’ll add the trailer when it’s available on line.