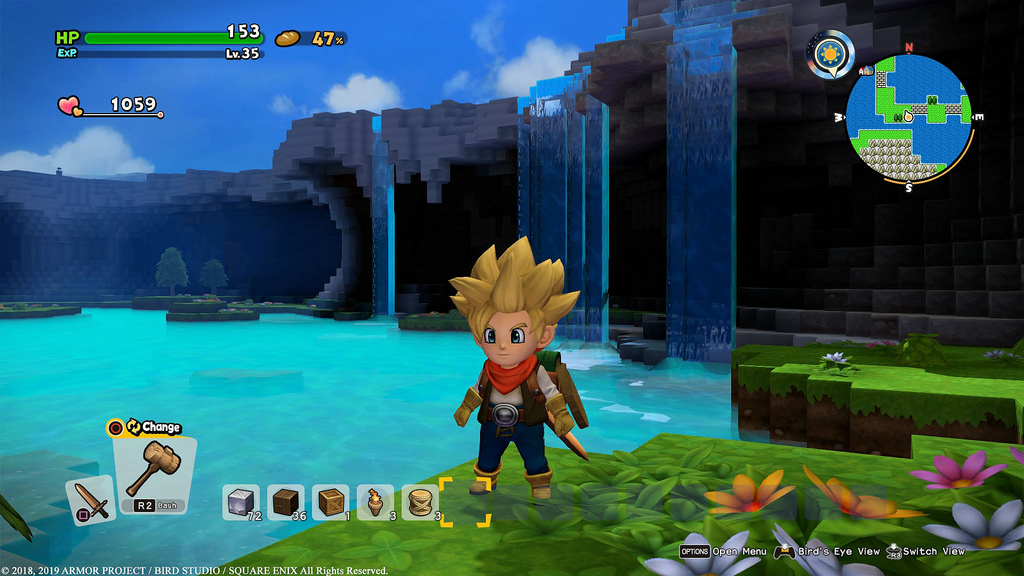 As my weekend at PAX continues, I dropped by the Square Enix booth to check out Dragon Quest Builders 2. The sequel to the crafting/action game set within the world of Dragon Quest.

The demo I played showed off the game’s first 20 minutes. The Children of Hargon have banned all building within the world. As an apprentice builder, you’re being held captive on a ship run by these monsters. Thankfully, they don’t seem to consider you much of a threat and force you to perform simple chores on the ship’s deck, which helps you acquire some building skills.

The short part of the game I played didn’t seem terribly different from the original Dragon Quest Builders, I crafted a few items to repair and explored the Children of Hargon’s ship, before making a crude weapon to fend off a skeleton solider. All pretty standard fare for a heroic builder.

Although the demo didn’t show off a lot of the new features, Builders 2 will add four-player online co-op, larger structures than the first game could support, and the ability to farm and irrigate crops by carving out water sources.

I’m generally not one to flock to these Minecraft-like titles, but Builders RPG elements give it a bit more direction than typical games in this genre. That being said, I’m looking forward to giving it a shot when it launches for PlayStation 4 and Switch on July 12, 2019.