Indie game developers Adam Rippon and Bryan Sawler began working on what would ultimately become last year’s Dragon Fantasy in the mid ’90s when they were in high school. The two met in an IRC chatroom, joined forces, and worked on over a dozen iterations of the game, including a Game Boy Color version — then called Talisman — that got the pair professional jobs in the industry, which for a while precluded them from actually carrying on with their personal project.

When Rippon’s father Tom Rippon, who served as the basis for one of Talisman’s eight characters, died in 2010, Adam was shaken. In 2011, on his late father’s birthday, Adam went back to working on Talisman, pruning the game to focus on Ogden, the character based on his father. The end result was Dragon Fantasy. Named half jokingly as homage to the games that inspired it, it represented the culmination of over a decade of work.

But that’s last year’s news. After several expansion stories to Dragon Fantasy, Rippon and company are working on an SNES-flavored sequel that looks damn good. 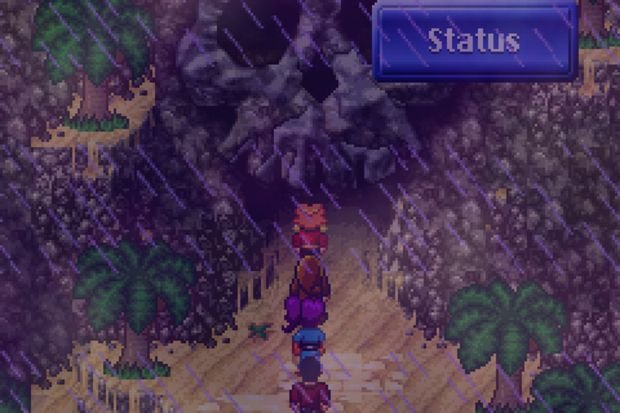 Dragon Fantasy sees the coalescence of main characters from the first game’s story. The four are now partied up and facing greater threats still. While I haven’t played the first game (yet), I’m pretty interested in the characters I was shown, particularly Ogden. In his youth (prior to the events of Dragon Fantasy), Ogden was the prototypical teenaged RPG hero who saves the world. And then, nothing. He lived an otherwise uneventful and uninteresting life, balding and getting fat until the kingdom once again fell into the throes of terror. The first game is based on an old, washed-up knight’s attempts to recapture his former glory, which is an interesting premise in and of itself.

The bump up to SNES levels has paid off in what I’ve seen of Dragon Fantasy II, which looks great. One of the homes I wandered into had gorgeous tiger skin rug splayed out on the floor, the image of which has stuck with me, for whatever reason. In terms of narrative, Rippon says heavy inspiration was drawn from Earthbound (or Mother), with respect to presenting a serious story with kooky characters and quirkiness.

The team is also working on a cool 3D overworld, more akin to something like the PS1 Final Fantasy games. This dramatic change also promises to have some cool wrinkles in store, including Skies of Arcadia inspired ship battles — though these ships will likely be anchored by gravity on the waters. 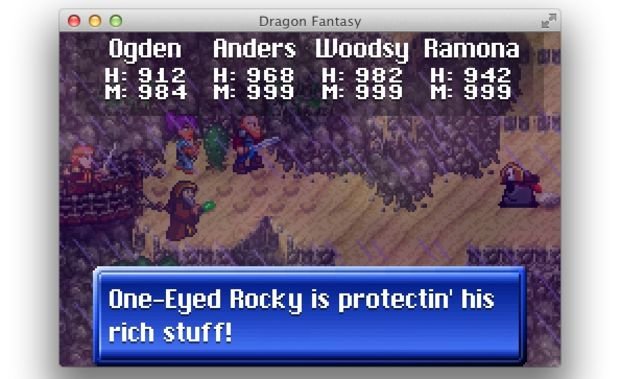 Of course, the team isn’t simply bumping everything up to SNES standards and doling out more of the same. While the first game’s combat system was a Dragon Quest-styled first-person affair, the combat system is being completely reworked this time around as a blend of real time and turn-based systems.

Enemies patrol environments in real time. Engaging them pits your party against them in the classic turn-based style (no ATB). Your other party members will square up against the enemy or enemies you’ve engaged and you duke it out. However, enemies in the vicinity can also get in on the commotion, creating a balance of trying to end battles efficiently before you get overwhelmed by nosy snoops joining the fray mid battle. Accordingly, you can run from battles, but successfully running merely gets you out of your current engagement; you still have to actively run away from the enemies from which you’re fleeing.

Additionally, there will be cooperative and competitive multiplayer. You can join a friend’s party, either bringing your own iteration of one of the party characters, or using your friend’s. Rippon said they’ve got it working with two players, but they should be able to get full, four-player cooperative parties going. Should you and a friend want to use the same character, Rippon says they’re considering allowing duplicates and simply ignoring the paradoxical clones as far as the story goes. 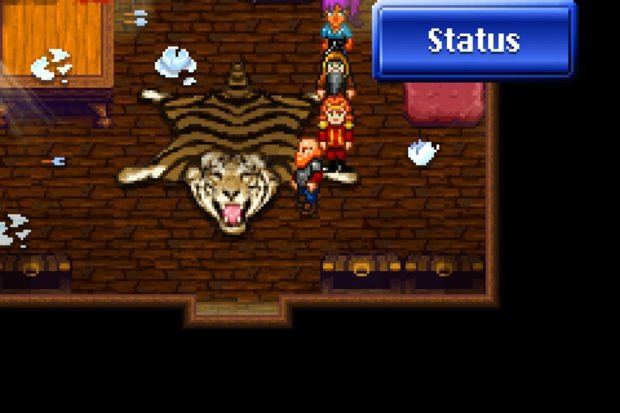 While cooperative multiplayer in a turn-based RPG seems dull, all player characters can run around independently of each other. In the same way monsters can run in mid battle, you can get into an encounter all on your lonesome while gallivanting around and your friends can, if necessary, run to your aid while it’s going on, which sounds neat to me. Another nice addition is the competitive arena mode, in which you take your story party, as you’ve trained them, and pit them against others. Reminds me of playing Golden Sun’s head-to-head mode and I love Golden Sun, so I’m down.

The first Dragon Fantasy was true to its NES roots in its visual style and Dragon Quest-esque combat. Though there are a lot of retro, pixel-based games floating about, Dragon Fantasy, in terms of color breadth and music, was actually close to accurate to what the NES could actually display — and it looks brilliant despite this concerted restriction. That is the level of care going into the series, demonstrating the team’s care to do right by the games’ inspirations.

That being said, the team is not intentionally hamstringing itself. Great strides have been made to address some of the complaints levied against old-school RPGs. Two of the streamlined combat additions have me particularly excited. First, your party will give a good old boot stomp to encountered enemies that are laughably below your level, as opposed to wasting your time by putting you into a meaningless battle. While we’ve seen similar mechanics in more recent RPGs, like Persona 3, which has comparatively weak enemies naturally run from you in terror, there are still plenty of RPGs without such a system, so seeing it in implemented in an old-school RPG is rather cool. 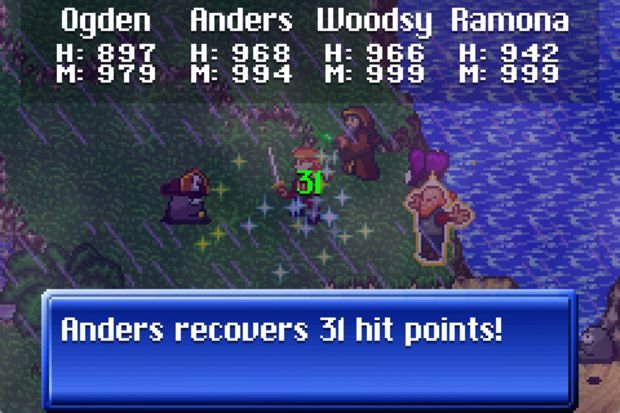 Additionally, there is a sort of fast battle system, not too dissimilar to Persona’s rush mode, which sends everyone doing basic attacks while simultaneously speeding up actions and animations. In Dragon Fantasy II, mashing the attack button — as RPG gamers are (seemingly unwittingly) apt to do in most encounters, anyways — leads to your party attacking with great gusto, rapidly winding up the less interesting and less strategic battles you just want to power through.

I’m digging what I’ve seen from Dragon Fantasy II and I’m excited to play catch up and check out the first game, which reminded me how good NES titles can look. Interesting characters, a thoughtful aesthetic, great music, and a new spin on classic gameplay are more than enough to pique my interest.

If you’re also interested, you can check out the first game or visit Adam at PAX Prime and get a firsthand look at Dragon Fantasy II for yourself.