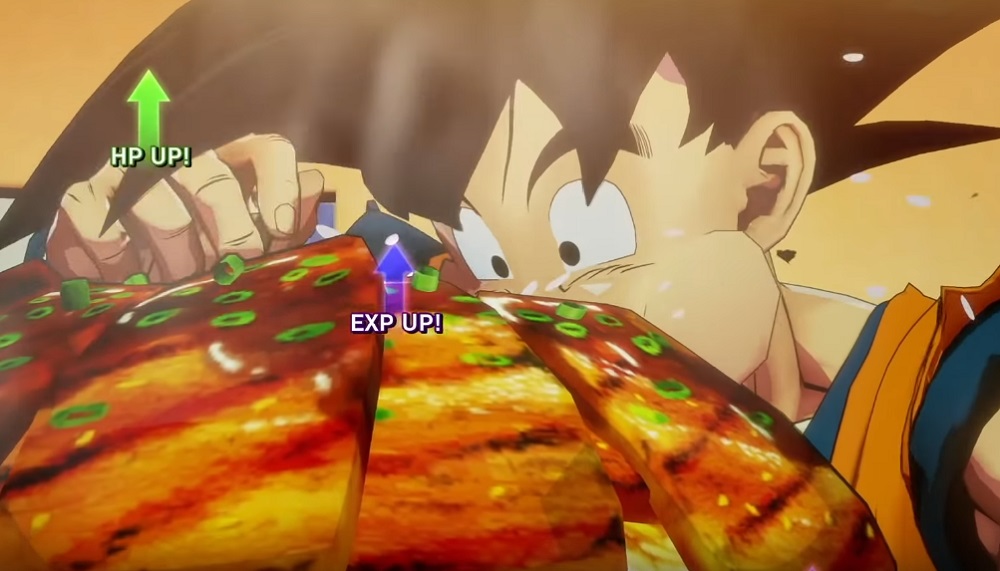 Bandai Namco hasn’t been short on trailers for its upcoming anime RPG Dragon Ball Z: Kakarot. A new video, released just yesterday, takes a look at character progression, and the many ways your boy Goku can grow into the planet-splitting fighter we know and love.

Of course, as is the case with most RPGs, characters will gain XP and levels through their adventures, and throwing down with various opponents. But there will also be a whole manner of side-tasks that can help make the Saiyan Super. Eating is a big one, as Goku and friends will power up with numerous buffs after chowing down on some grub, either cooked out in the wild or prepared by the charming Chi-Chi.

Other skills and abilities can be learned through rigorous training and the acquiring of “D-Medals,” that will imbue characters with exclusive powers and abilities. Similarly rare boosts can be found when out and about, through the discovery of “Z-Orbs” that are dotted throughout the universe. By combining fighting, training, eating and these collectibles, characters will soon grow to become the most ferocious warriors in the land.

Dragon Ball Z: Kakarot on paper looks like a dream title for franchise fans, the opportunity to go on a wild adventure, filled with recognisable faces, dramatic fights, and amusing comedy. Kakarot also gives players the opportunity to relive classic Dragon Ball Z moments, and experience new spins on the famous lore. Here’s just hoping that the gameplay holds up to all this fanservice.