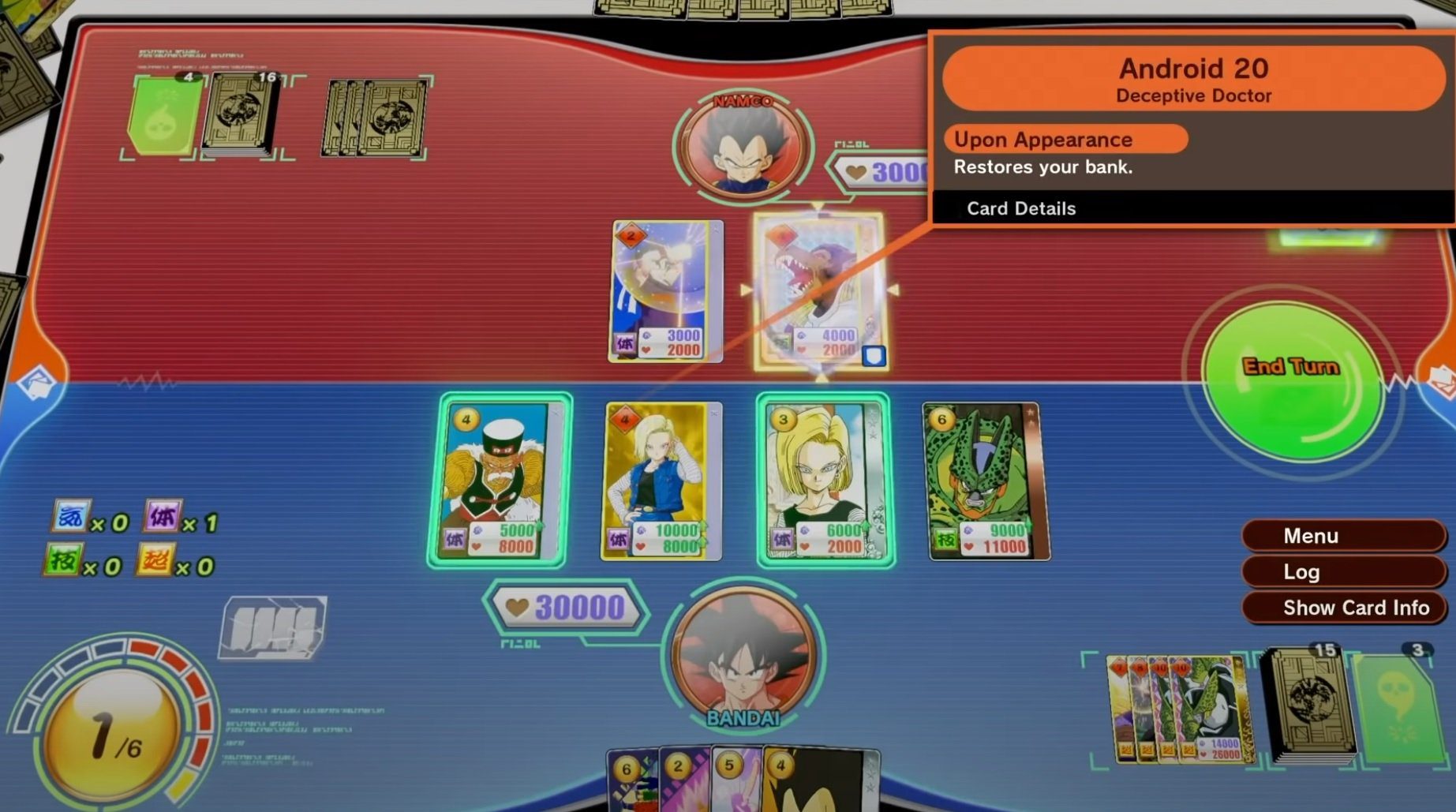 Card games inside of games rule

Final Fantasy VIII. Final Fantasy XIV. The Witcher 3. Dragon Ball Z: Kakarot. Am I just naming cool RPGs, or games that have card battlers inside of them? Both!

The onslaught of Dragon Ball Z: Kakarot DLC and updates continues, as Bandai Namco just recently added the free new mode “Card Warriors,” which allows players to build decks and take on opponents…in card form. This joins the Time Machine mechanic (that lets you go back and repeat previous content) and two major DLC packs (one of which is still on the way).

The below video will give you a gist of the game, which should be enough to judge whether or not it’s worth booting up or re-installing your copy. In short, you build your deck with 25 character or event cards, as well as five “SP” cards (which are triggered by combinations of event cards). Your job is to defeat your opponent by knocking down their health total (much like Magic or Hearthstone): simple enough! It even uses the Hearthstone “mana” style economy, with the power to “bank” energy once.

As someone who regularly plays a ton of deckbuilders (Marvel Champions, Lord of the Rings LCG, Arkham Horror: The Card game, Magic, Hearthstone), I’m glad that card games are still so prolific in just about every corner of media.