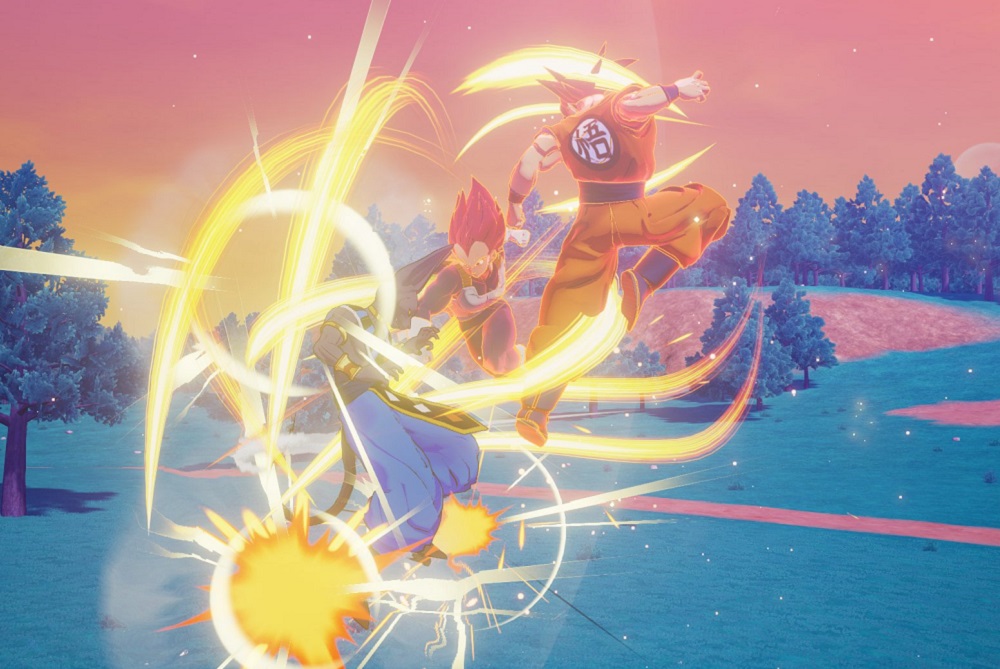 Cat got your Tongue?

Bandai Namco’s open-world anime adventure Dragon Ball Z: Kakarot will be getting its first major piece of DLC next week, with the arrival of the A New Power Awakens: Part 1 expansion on PC and console platforms.

The new story content will see rivals Goku and Vegeta forced to team up to take on the irrepressible God of Destruction, Lord Beerus, who is making his debut in the Kakarot universe. Set at level 250, the malicious moggy is not to be trifled with, and it will take every bit of the combined Saiyans’ powers to take him down. Even Kakarot producer Hara Ryosuke had their struggles, noting that they only beat Beerus themselves once in ten tries. Yikes!

The story content will also give players access to two new forms, Super Saiyan God Goku and Super Saiyan God Vegeta, both of which can be used at will throughout the game thereafter. The DLC arrives April 28, and is available exclusively through the Dragon Ball Z: Kakarot season pass.

On April 28th, a new power will awaken…Are you ready to ascend into the realm of the gods?