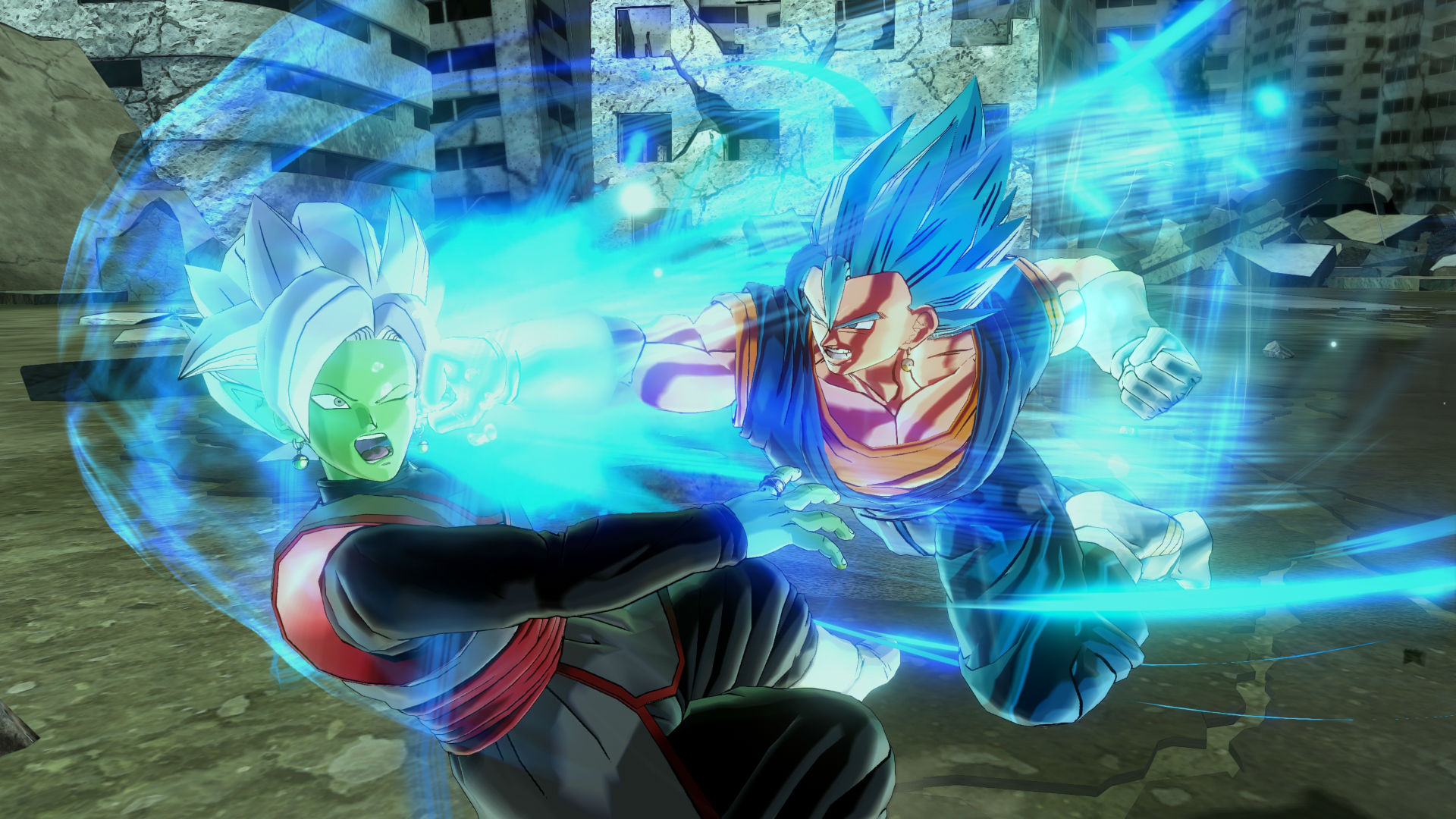 Although I would prefer another entry in the Budokai series, as that first trilogy played like a goofier Tekken, I’m glad as many people as possible are going to have access to one of the most fun Dragon Ball games in quite some time, Dragon Ball Xenoverse 2.

A Nintendo Switch port of the title was recently confirmed for a Fall 2017 release in Japan, but now will also release in the West at that time as well. The port will feature motion controls (can’t wait to Yamcha my way through that), ad-hoc play with up to six players, and two people can fight on one system with a Joy-Con each.

Also the newest DLC, DB Super Pack 4, releases in June for PlayStation 4, Xbox One, and PC and features some new missions as well as Fused Zamasu and Super Saiyan God Super Saiyan Vegito. I’m sure that string of letters means something to those watching the subbed episodes of Dragon Ball Super, and not waiting for the dubbed ones like me. The dub just got to the Resurrection F arc, so I’m pretty psyched to watch something I’ve already seen stretched out over fourteen weeks.