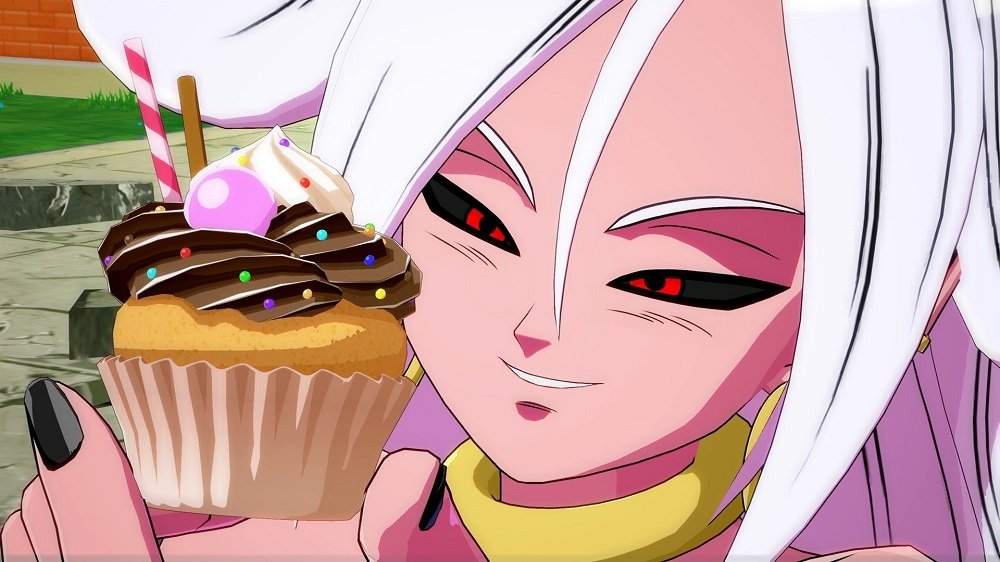 Here she is, with cake

Arc System Works’ have dropped a new update for their excellent tag team anime brawler Dragon Ball FighterZ, which brings a huge selection of fixes to the game’s roster, stages and general mechanics.

Not only have alterations been made to multiple fighters across the board, including Android 18, Piccolo, Broly and new challenger Fused Zamasu, but lots fixes have been implemented pertaining to the game’s training mode, live commentary, Ki Gauge, stage animations and more.

Dragon Ball FighterZ Ver. 1.10 is live now,. You can check out the full patch notes below.

Zamasu (Fused):
-Fixed an issue where Zamasu’s position is slightly off when grabbed by Android 16’s Dynamite Driver.

Goku (SSGSS):
-Fixed an issue where the camera movement is incorrect when launching an opponent with Goku (SSGSS)’s aerial Dragon Rush.

Goku Black:
-Fixed an issue where some Goku Black’s mirror images are partially displayed off screen when performing The Work of a God at a very high position.

Trunks:
-Fixed an issue where Trunks’ animation becomes strange when hitting an opponent with Shining Slash after K.O. or time up.

Majin Buu:
-Fixed an issue where the size of the wrapping effect of Majin Buu’s Fat Slow is based on the first character when hitting an opponent at an instant Z change is performed.

Voice:
-Fixed an issue where voice were not played correctly when performing Dragon Rush (Forced Switch) then Dragon Rush again right after.

Z Change:
-Fixed a glitch when pressing Forward + Attack button + Assist button simultaneously to Z change while jumping.
-Fixed an issue where a character is in the transitioning frame to a jump motion.

Ultimate Z Change:
-When finishing an opponent with Ultimate Z change using the Meteor Attacks listed below, the Assist gauge becomes unavailable for certain period of time at the start of next round:
-Android 21’s Sweet Tooth
-Majin Buu’s Turn into Candy!
-Beerus’ God of Destruction’s Judgment when the special K.O. cut scene is triggered against Goku Black and Zamasu (Fused)

Assist:
-Fixed an issue where assist characters leave the screen without taking the K.O. motion when defeated by Jump Heavy Attack. (Even though they are defeated).

Ki Gauge:
-Fixed an issue where Ki gauge stops increasing when hitting an opponent with something like trap type projectiles while a player character is performing the press-and-hold Vanish move in Sparking! state