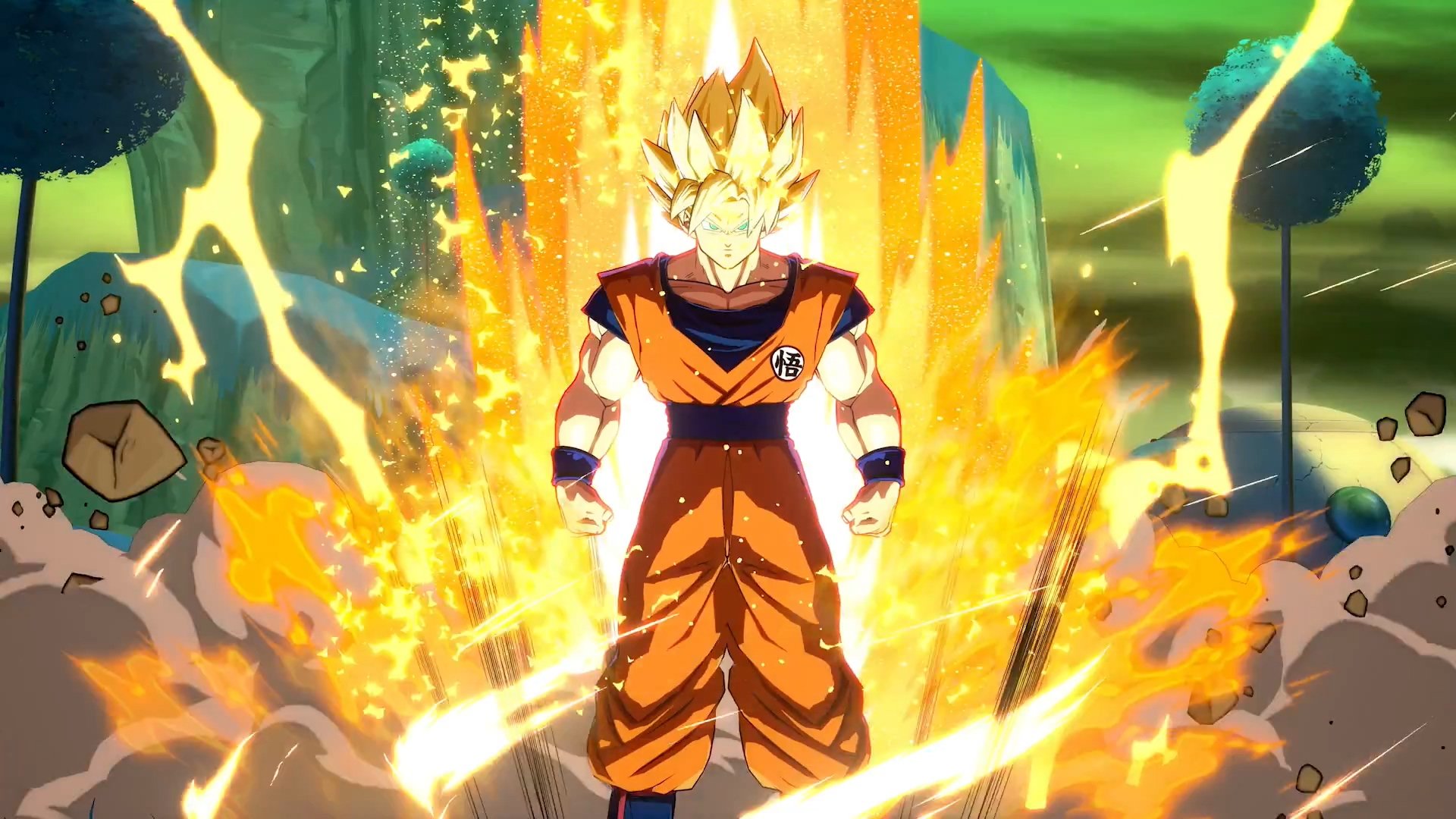 While I haven’t played anything from Arc System Works since 2012’s Persona 4 Arena and haven’t watched a full episode of Dragon Ball Z since VHS was the go-to home video format, I was immediately jazzed for Dragon Ball FighterZ. Some of it is nostalgia. After all I was pretty high on that awesome fan-made, sprite-based DBZ fighter.

But let’s put it this way: at least three times last week did Brett make a point to mention how cool DBFZ (yep, I’m going with that) looked despite the fact that: 1) Brett doesn’t like anime and 2) Brett doesn’t like fighting games. And after playing DBFZ — having just played Marvel vs. Capcom: Infinite a couple hours earlier — we left with the same feeling we went in. This game is dope as hell.

In case you missed it, Dragon Ball FighterZ is a 3-on-3 (as in, each player selects three characters) fighting game from Arc System Works (Guilty Gear, BlazBlue). It’s a perfect fit. The team has already made a DBZ fighter for 3DS and has worked on a bunch of anime properties with its signature cel-shaded look that lets 3D models match the original 2D designs.

Only Vegeta, Goku, Buu, (teen) Gohan, Frieza, Cell have been announced and I played as all six across two matches last week at E3. Namco Bandai has also confirmed the game runs at 60fps in 1080p and includes Japanese and English voice over (as well as localization in several more languages, as the company has been good about doing with its anime properties of late). There’s also a closed beta on its way (timing and platform to be determined) and when asked about single-player, noted there are, “more details on additional game modes coming soon.”

As for how it plays, it was a blast, albeit limited to two matches. I was impressed with just how much is happening on screen at a given time. Everything feels turned up to 11, like playing a supercut of just the series’ most action-packed scenes. And that’s without knowing the ins and outs. Part of this is due to series staples like aerial combos and the “Vanish” teleportation move (complete with iconic sound effect).

Meanwhile the “Z-Assist” lets you call a sidelined teammate in to attack mid-battle, abetting even larger combos, or perhaps saving your skin. For example, say Goku gets hit with a counter and stunned, putting you at risk to eat a large combo from your opponent. A Z-Assist could call another of your guys in — say, Vegeta — and hit your opponent, giving Goku enough time to recover from the stun and maybe launch a combo of his own. Fully swapping to another character mid-battle is a “Z-Change” while the “Z Ultimate Change” is a super move that involves all three of your fighters. There are also some transformations — like Super Saiyan 3 Goku — that are temporary and linked to special moves.

Dragon Ball FighterZ feels like the game the me that played the shit out of Dragon Ball Z: Budokai always wanted. I hope the roster fills out in a pleasing way and I hope the single-player options will be robust, but mostly I just want to play it some more.