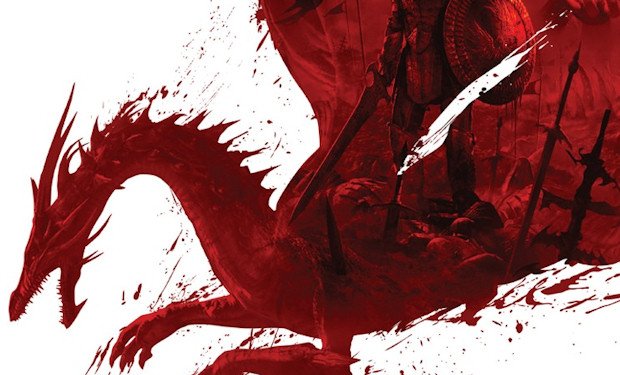 A while ago, we confirmed a shedload of goodies that can be found within the Dragon Age: Origins Collector’s Edition. However, now that Electronic Arts has officially revealed the full kit n’ kaboodle, we get to see exactly how ridiculous the purchase incentives are.

We already know that the Collector’s Edition will contain a tin case, a bonus DVD, a cloth map, three exclusive bits of in-game content, additional quests, an unlockable character and a bonus item for Mass Effect 2. We now know more about that last item, however, with EA revealing that it will be available for anybody who buys the game brand new.

If you buy the game brand new, regardless of whether or not you got the regular or Collector’s Edition, you will receive a code to download the “Blood Dragon Armor,” a unique piece of equipment that can be used in both Mass Effect 2 and Dragon Age. Preorders will also get their hands on The Memory Band, an item that adds +1% to all experience points, and an extra skill point to spend on character skill sets.

I often wonder how much these incentives will change the way the game plays. Will the Blood Dragon Armor be so powerful that it eliminates the need for looting, which is the backbone of many good RPGs? Will the Memory Band allow you to level up too fast and render the game easy? We’ll have to wait and find out, but damn that’s a lot of stuff being thrown at customers.

The Collector’s Edition is available for pre-order today at www.eastore.ea.com for an MSRP of $74.99 (console) and $64.99 (PC) in North America.

In addition, players who purchase a new copy of Dragon Age: Origins (original or Collector’s Edition) will receive a code to download the Blood Dragon Armor, an exclusive set of themed armor that will give the player additional protection in combat. This armor will be available for use in both Dragon Age: Origins and Mass Effect 2.

All gamers who pre-order Dragon Age: Origins will receive the Memory Band, an in-game item that can be equipped to add +1% to all gained Experience Points and which adds one bonus point that players can use to boost their character’s skill set. In addition to the Memory Band, several leading retailers are also offering a bonus Dragon Age: Origins item for a limited time. Players should check with their favorite retailer for additional pre-order item offerings.

In Dragon Age: Origins, players take the role of a Grey Warden, one of the last of an ancient order of guardians. Now, as a rising evil threatens to destroy all life, it is up to players to unite the shattered lands and slay the corrupted dragon known as the Archdemon. To restore peace, players must make ruthless decisions and be willing to sacrifice their friends and loved ones for the greater good of mankind.

*Restrictions apply to pre-order programs. See details at www.eastore.com and at participating retailers.

BioWare develops computer, console, handheld, mobile and online video games focused on rich stories and memorable characters. Since 1995, BioWare has created some of the world’s best-selling titles, including the award-winning Baldur’s Gate™ and Neverwinter Nights™ series, Star Wars®: Knights of the Old Republic™ and Sonic™ Chronicles: The Dark Brotherhood (for the Nintendo DS™). Original BioWare-created intellectual properties include Jade Empire™ and the 2007 Game of the Year, Mass Effect™. With studios in Edmonton (Alberta, Canada), Montreal (Quebec), and Austin (Texas), BioWare is hard at work on the epic fantasy roleplaying game, Dragon Age™: Origins, Mass Effect 2™, the epic sequel to Mass Effect, and the story-driven massively multiplayer game, Star Wars®: The Old Republic™, as well as several unannounced projects. In 2008, BioWare was acquired by the world’s leading electronic entertainment publisher, Electronic Arts. For more information on BioWare, visit www.bioware.com.