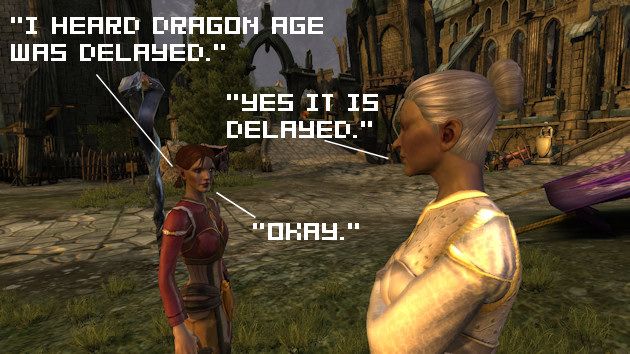 If you’re looking forward to Dragon Age: Origins, then we have some bad news and some good news. The bad news is that BioWare’s latest RPG spectacular has been delayed. The good news is that it’s not being pushed back to 2010 like 90% of the other games we’ve seen postponed lately.

Dragon Age was originally slated for October 20, but the Xbox 360 and the PC versions of the game will now release on November 3 in North America and November 6 in Europe. The PS3 version does not yet have a release date, but BioWare has stated that it will follow later that month.

Compared to the other delays we’ve seen, this isn’t so bad. On a related note, I’ll be in Edmonton to view the game this coming week. If there are any questions you’d like to ask BioWare about Dragon Age, I’ll try and ask them, provided you don’t ask stupid rubbish.