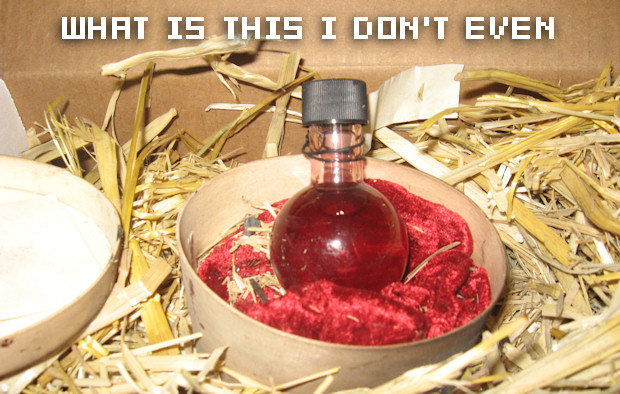 Seriously, a box of straw.

I’m not sure if this is the best or worst marketing idea I’ve seen so far, but considering my carpet now has dirt and grit all over it after opening this package unawares, I’m learning toward the latter opinion. Nevertheless, I have to praise the sheer effort that went into this. Dragon Age: Origins was found buried in the straw, in an envelope that had a wax seal on it. There was a similarly sealed letter as well, telling me I was a Grey Warden. I feel ten times nerdier than usual.