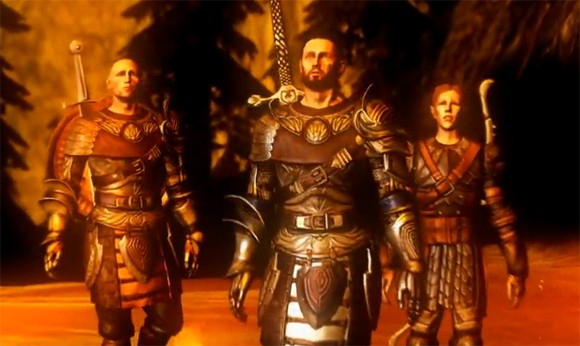 Machinima can be some pretty impressive and well done stuff. However, almost everything that happens in it doesn’t pertain to the actual world of the game; it’s just a fan’s story in most cases. Machinima.com is changing that up as they’ve worked closely with Bioware to produce “Warden’s Fall,” a seven minute Dragon Age machinima that picks up where the game left off.

The story follows Kristoff, another Gray Warden that players encounter in the “Awakenings” DLC, and probably doesn’t end too happily if it’s about his fall. The first episode is right there above and I have to say I’m pretty impressed on the whole. Hopefully this leads to more machinima stories being made as part of a game’s canon.