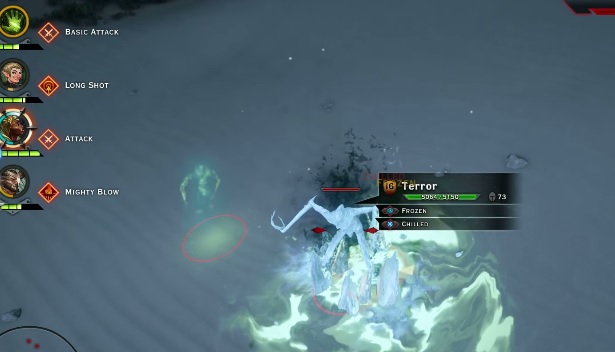 A welcome return for the essential feature

I had a lot of problems with Dragon Age II, but one of my chief complaints was the lack of a tactical camera, which really took a lot of strategy out of major encounters. So when I sat down with the team from Dragon Age: Inquisition this week for a hands-on, I had plenty of time to test out its glorious return, and thankfully it’s even better than it was in Origins.

For starters, more info is given outright in tactical view, including full hit-point counts, who is targeting it, what the current armor value of the target is, and the status of the target (frozen, for instance). The camera itself is a lot smoother, allowing you to easily zoom in and out without it feeling cumbersome — plus, you can hold down a button to “play” the action bit by bit, and release to stop gameplay again instantly. From what I’ve played, I can confirm that it’s possible to almost play the entire game in tactical view.

The best news of all is that BioWare promises full tactical camera parity with all versions of the game — including previous-gen consoles, which will mark the first time the feature has appeared on those platforms.

Stay tuned for my full-hands on with Dragon Age: Inquisition next week, as well as an interview with the team regarding a glorious return to Origins while they move away from many concepts from Dragon Age II.