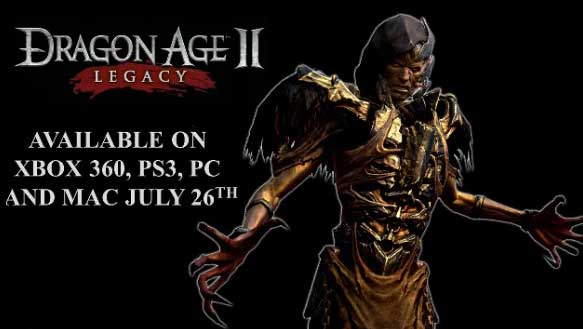 BioWare and Electronic Arts have announced that the first major story-based add-on content for Dragon Age II, “Legacy,” will be hitting on July 26.

The add-on will feature new areas (including underground areas as you explore an ancient Grey Warden prison), new creatures and Darkspawn, and more. BioWare says its taken fan and critic feedback to heart, and “Legacy” will feature more tactic-based gameplay than the standalone game.