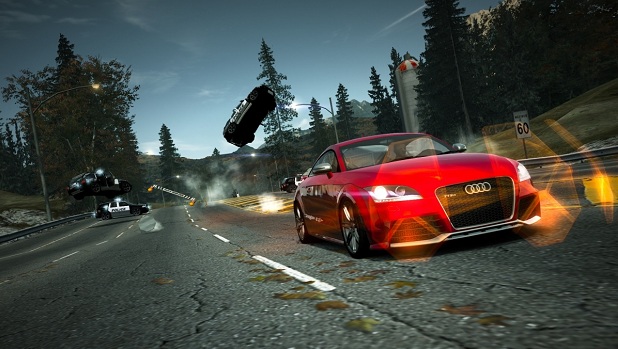 Oh, Drag Mode, so nice of you to return

I remember playing Need for Speed World during its beta days. The free-to-play racing MMO certainly had me hooked for a while, but then something happened; I’m not even entirely sure what it was but it was enough to make me no longer play it. I had a nice time with it, but didn’t think it would really take off.

Well, it seems that I was wrong because fast forward to today and Need for Speed World is now celebrating 20 million registered users by introducing Drag Mode back into the franchise — Drag Mode was last seen in a Need for Speed game six years ago. Right now Drag Mode has four different environments to choose from and can be accessed via Match-Making or, of course, by creating a Private Match.

To help get players into Drag Mode, the Car Dealer should now contain the Ford Shelby GT500 Super Snake “Pro Stock” Drag Edition and the Toyota Supra “Street Mod” Drag Edition which have, as you probably guessed by the names already, been specifically tuned for Drag Mode.

Drag Skill Mods such as Aero Drag Reduction, Launch Grip and Gear Ration Enhancement have also been included, though they sound like advantages you may have to pay for.