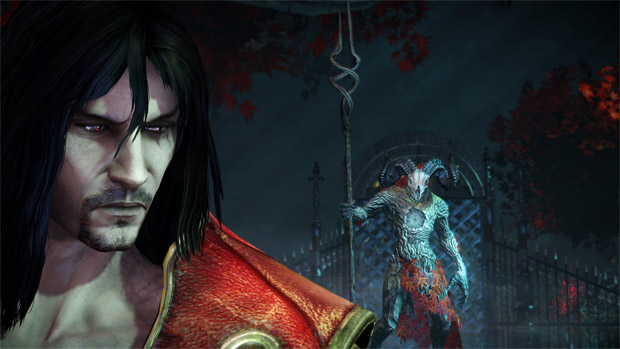 This trailer for Castlevania: Lords of Shadow 2 highlights story over gameplay footage and while I normally prefer for the opposite to be true, I’m fine with it here. If you’ve become invested in this trilogy, you may agree. Curious to see how the arc closes out.

Konami has also announced pre-order bonuses for the title in the United States. It’s a pretty standard offering, one that is divided up between retailers. Of course it is. GameStop’s got a Premium Dracula skin, Amazon has the Dark Dracula skin, and Best Buy’s Relic Rune Pack gives players a head start on Lords of Shadow 2‘s collectible runes.

If you’re going to go for any of this stuff, know that the game is out on February 25, 2014. Find screenshots, images of the pre-order incentives, and the box art in the gallery below.