[Today’s promoted blog comes from StriderHoang, who chose to write about Monday Night Combat. Want to see your own blog on the front page next week? Make sure you submit a blog on our current topic, Motion Control — JRo]

In about a month, I’ll reach my one year anniversary with one of the most satisfying purchases I’ve ever made from the Xbox Live Arcade: Monday Night Combat.

When Monday Night Combat first piqued my interest, it was probably 4 years ago, 3 years before the game even released. I remember seeing a colorful trailer with 6 different, colorful characters of varying designs, fighting against robots, turrets, and other characters like themselves. The setting was some sort of futuristic, sponsored death sport with colorful characters and maps.

I was jaded by the Call of Duty franchise and military shooters as a whole. They just felt too homogenized as many players used the same perks, same guns, same killstreaks, same everything! When you’ve been killed by one ACR/AK-47/Famas, you’ve been killed by them all. But I couldn’t play one of the best class-based shooters,Team Fortress 2, because my PC is old enough to be considered my older brother. To give you an idea of how old it is, its original hard drive, which is still installed on it, is 40GB big.

But Monday Night Combat was different.

I had never seen a game like this before. What do I mean by that? It looked like it offered the same general experience as a real AAA title, but from indie developer Uber Entertainment and for only $15! Truly it was an oddity among its peers for quality.

Everything about the game, despite being a $15 indie title, seemed to top everything I felt about other shooters like the ever ubiquitous CoD. The chemistry and match ups between the 6 classes was intriguing. The focus on objective gameplay and lessened focus on kill/death ratio made for a different multiplayer experience. And despite the (extremely) high barrier of skill, this high skill requirement allowed dedicated players to always been in control and know how they died. In games like CoD, death can come swiftly and oftentimes randomly. 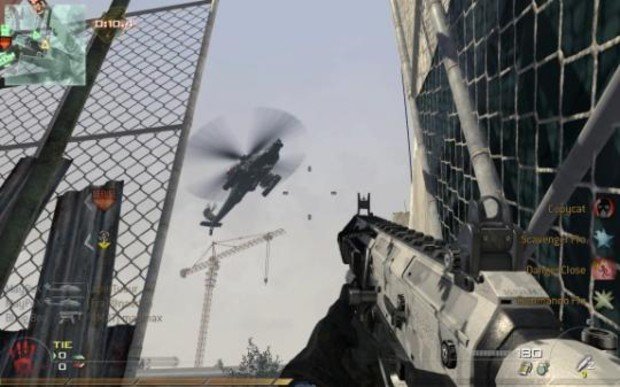 It wasn’t fun to run into a room, meet a bogey, and see both your guns fire only to find yourself dead and respawning. What happened? Why did it happen? Did I deserve this death? What a load!

But in Monday Night Combat, everything is much more controlled. If I enter an area suddenly and run into a class such as an Assault, the results are within the grasp of my control. For example, if I were a Tank, I would have the advantage and could kill the Assault. If the Assault knew he was at a disadvantage, he could also control his game and try running away. There are no random, instant deaths or uncontrollable circumstances in MNC. 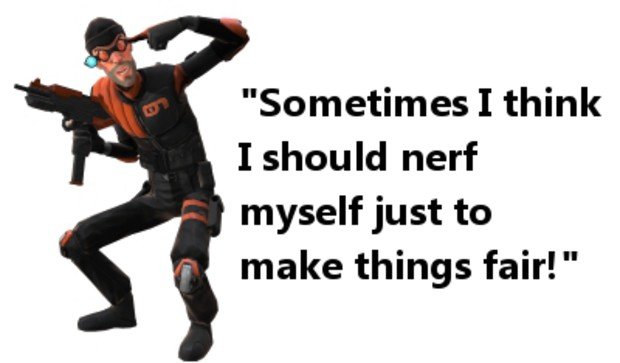 It also helps that the characters are quirky and colorful.

The game is also on Steam and is clearly balanced differently due to the inherent difference in control between a pad and a mouse/keyboard. I have still stuck with the game even though the PC version continually tempts me with their slew of updates. Microsoft’s rigorous certification process is not very nice to my favorite game as it delayed the release of MNC’s first DLC pack and has hung the status of the second DLC into a state of uncertain limbo.

But that’s how big a fan of the game I am. Even though the last update was in December, even though the PC version has received 8 updates since its own release in January, and even though support of the game seems doubtful at best presently, the game is still fun enough that I don’t care how the game will be supported in the future. Even if the game turns into another example of Team Fortress 2 on the console (which is very pitiful I believe), I’ll continue to play the game for as long as I can find good lobbies.

I can go on and on about the intricacies of the game. I’m a long time, registered member of the official Uber forums, so I’ve fully invested myself in knowing everything about the game. Half the videos on my YouTube channel are probably devoted to MNC gameplay and commentary, even though the game is such a niche title that will never get me many hits. This is the extent of my devotion to the little indie game that could against the giant, corporate names that dominate the market.