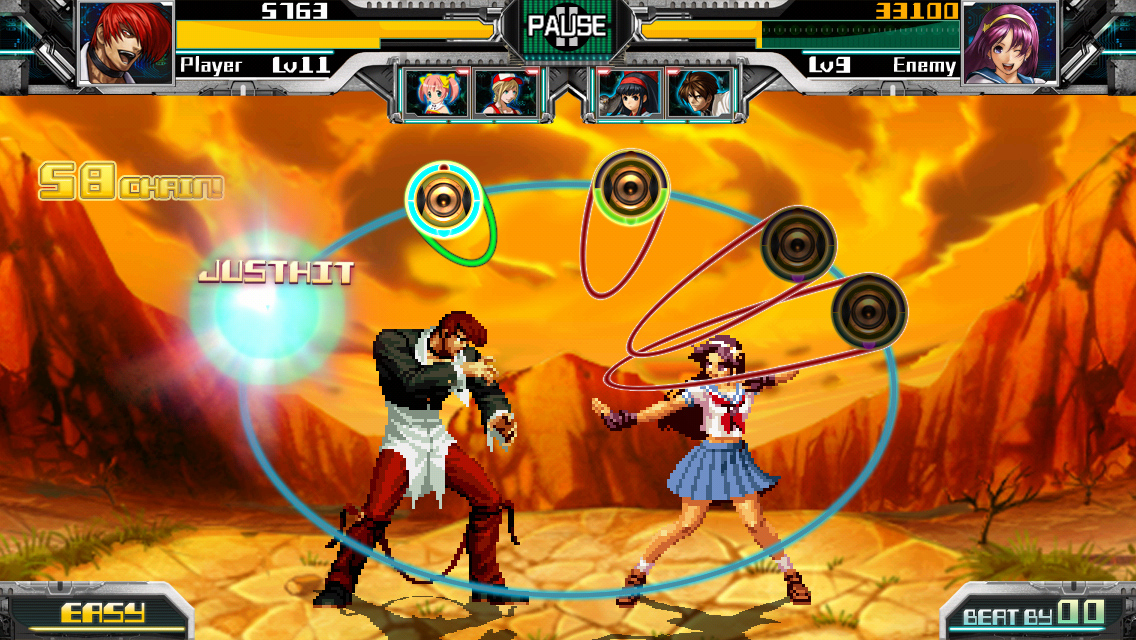 We’ve got less than a week to download The Rhythm of Figthers – SNK Original Sound Collection before SNK Playmore removes the game from the Apple App Store and Google Play. The company thanked fans for their support but did not offer an explanation for the delisting.

So long as you don’t uninstall the application, you’ll be able to continue playing. To that end, if you want to load up on extra songs or characters, all DLC is currently $0.99 each. Last chance.

While I’ve never played Rhythm of Fighters, this is a shame. It looks cool! In his review, Chris said it was “a very by-the-book rhythm game that’s been done many times before, but the unique pairing of SNK properties and the included tracks mesh together better than it would seem at first glance.”