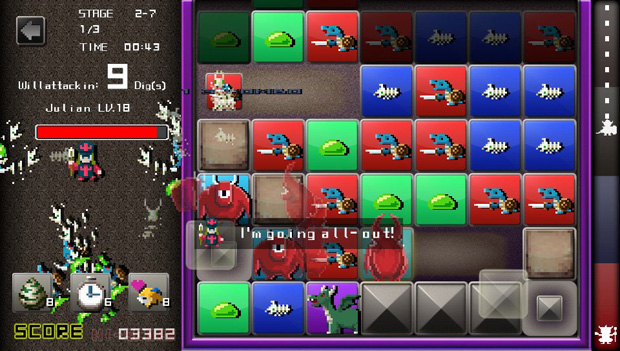 The God of Destruction is back for a spinoff

The latest installment in Acquire’s What Did I Do To Deserve This, My Lord!? franchise (formerly known as “Holy Invasion of Privacy, Badman!“) sadly isn’t a dungeon strategy game like its quirky predecessors. But it still looks all right, for a match-three game.

No Heroes Allowed: No Puzzles Either! is available starting today as a free-to-play title for PlayStation Vita. To that end, the PS Blog mentions “There will also be a slew of add-on content for purchase, ranging from power boosts and expanded monster quarters to digging abilities.”

I’m mostly just hoping that if the series’ standard gameplay formula has been done away with for this game, the fun dialogue is still there. It wouldn’t be a proper Badman game without it.

No Heroes Allowed: No Puzzles Either! Out Today on PS Vita [PlayStation Blog]