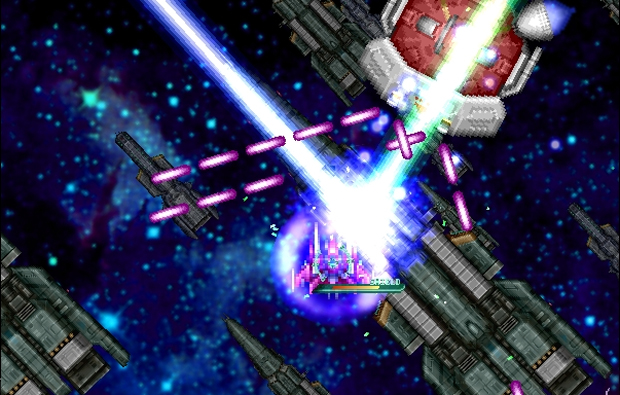 RefleX is the latest doujin shmup from the localization-smiths at Nyu Media to arrive on Steam, and it won’t be the last. It’s the second title in the Tale of Alltynex trilogy, which raised over $14,000 on Kickstarter last spring and recently made it through the Greenlight process.

Developed by Japanese indie team Siter Skain and inspired by Taito’s RayStorm series, RefleX sports an intriguing reflection mechanic, Steam Trading Cards, and some rockin’ tunes. Though it’s been out for nearly a year via other digital outlets, being granted access to Valve’s walled garden is still certainly something to be celebrated for niche interests like this.