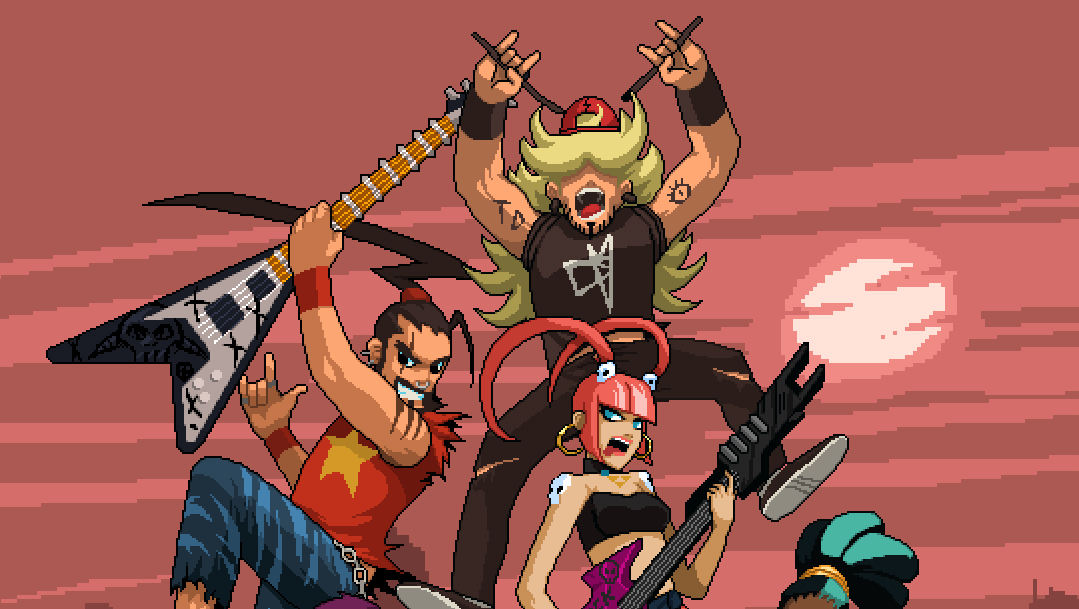 Taiko Drum Master is good, clean fun, but you know what it isn’t? Metal. I mean, not just the material the game is made out of (plastic) or what actual taiko drums are built from (wood). But also the chipper J-pop just doesn’t appeal to the same crowd that bites the heads off bats and ruins Rock Band pedals. Enter Double Kick Heroes.

Described as a “post-apocalyptic rhythm metal’em all,” Double Kick Heroes features a raging metal band surviving on a zombie-infested highway, with only the manager’s Cadillac and a weaponized drumset at their disposal. Check out the video; it looks rad. I love that demon train at the end, slowly creeping closer and closer to the car. It’s so ominous.

Double Kick Heroes originally began as an entry to Ludum Dare 34 and is currently seeking approval on Steam Greenlight.