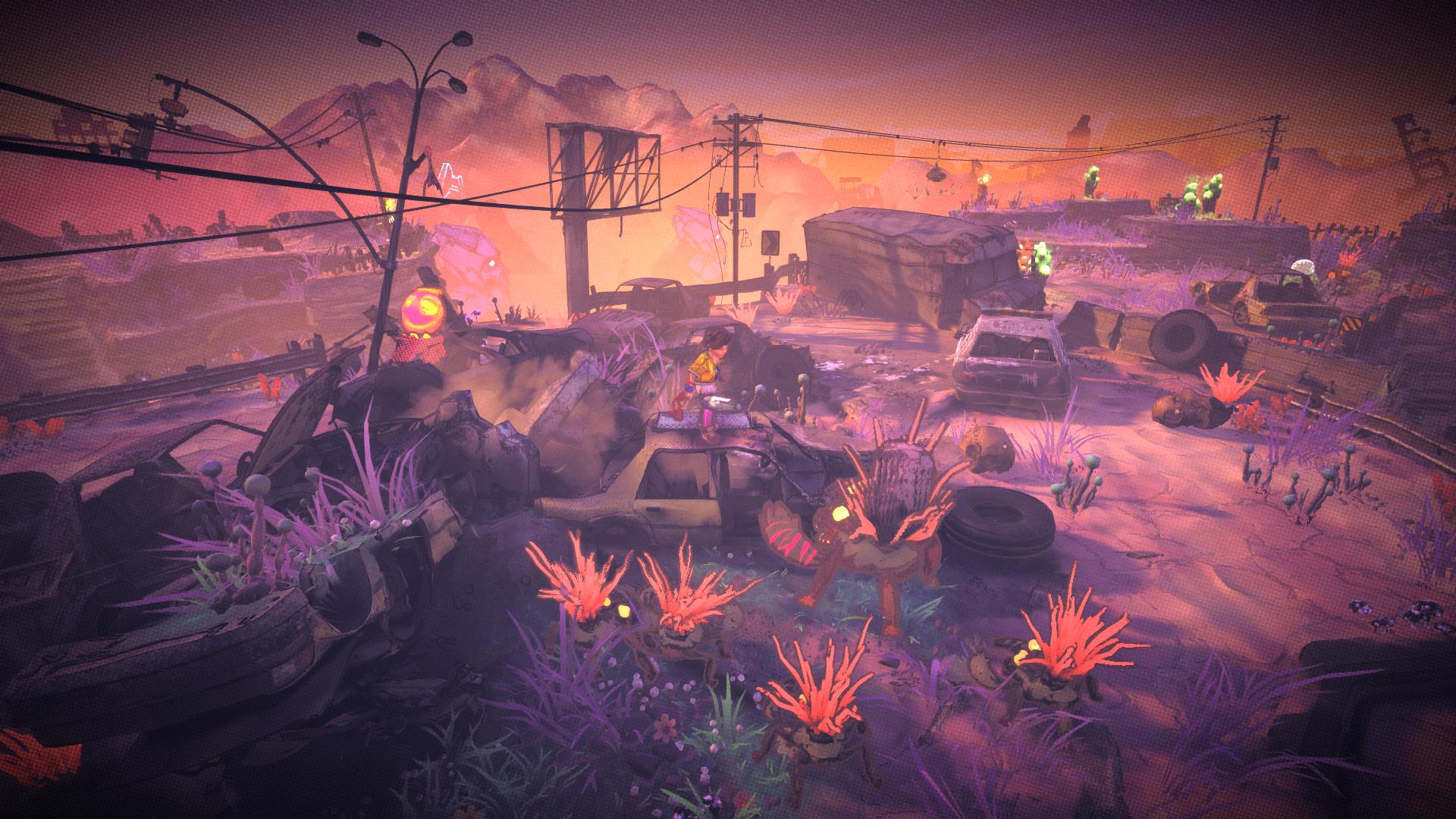 Bandai Namco invited me by its PAX East booth to get a look at Double Fine’s upcoming action rogue-like Rad. The top-down action game has you pummeling mutants for survival in a randomly generated world that has succumbed to not one but two apocalyptic events.

You play as a human from a local settlement pummeling mutants and healing the irradiated ground you step over. The path of green plant life you leave behind you makes it easy to keep track of where you’ve been and increases movement speed when passing through areas you’ve already explored.

Your survivor’s weapon of choice is a baseball bat, but as you kill more enemies and absorb their radiation, you’ll mutate your character with new abilities. I tried out two of these, one which saw my head turned into a flaming skull I could lob at enemies like a grenade and another that gave me a shoulder-mounted mutant buddy that fired projectiles at enemies. My mutant hitchhiker could also be dropped and detonated like a landmine.

The setting gives off a real ’80s apocalypse vibe with the synth-heavy soundtrack to match along with some newer looking technology buried in the landscape from that secondary apocalyptic event. The devs also noted that you don’t fight any human characters in Rad. That choice was very deliberate as they didn’t want to go for that Mad Max vibe of human psychopaths murdering one another. Any humans you encounter are just doing their best to survive in a mutant-infested wasteland.

Rad consists of three different biomes made up of two levels each. Each level ends with a random boss encounter. The boss I fought in my demo could only take damage from behind, so I had to make pretty frequent use of my mutant companion’s landmine ability.

While I refuse to make the obvious joke here, I will say that Rad looks…awesome. We don’t have a set release date just yet, but Rad is coming to PlayStation 4, Xbox One, Switch, and PC this summer.