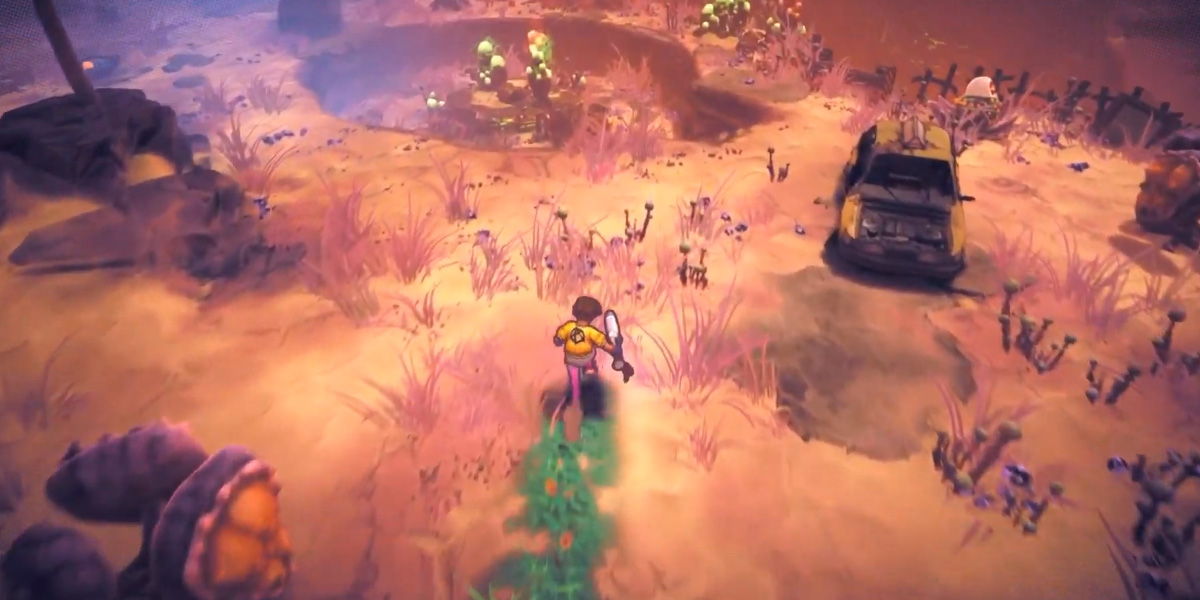 Double Fine didn’t resist the chance to get in on Nindies Showcase fun today, as it revealed a new Switch project during the broadcast: Rad.

Rad seems to lean in heavily on an extremely ’80s synth soundtrack and vibe as well as a “mutation” system that allows player characters to morph, cartoon style. It’s a top-down brawler at heart, so it’ll probably be a breezy way to spend an afternoon in portable mode.

It’s due out this summer on PC, PS4, Switch, and Xbox One and will be published by Bandai Namco. Nintendo may have gotten the reveal, but pretty much everyone will get to play it.