And now: the Headmasters!

When I first saw GNOG at IndieCade a few years back, I wasn’t quite sure what to make of it. The game reminded me of those Fidget Cubes people seem to like so much — more of an oddity to poke at than a traditional “game.” And that’s fine; games have diversified to the point where the definition of “video game” is maybe as broad as it’ll ever get. GNOG is really unlike anything I’ve ever seen, that’s commendable at the very least.

(It does remind me of Seaman, though, for reasons I can’t quite parse.)

Technically, GNOG is a puzzle game, for whatever that’s worth. You’re manipulating different parts of a big colorful disembodied head in the hopes of, uh, making the head happy? For what GNOG lacks in up-front information, it makes up for in atmosphere and satisfaction. The heads feel like all-ages versions of Playskool toys — the ones I saw at my PAX East demo were very chunky and tactile.

The game isn’t too easy, nor too challenging. Rather, the most direct 1:1 comparison I could make would be the language learning app Duolingo. GNOG seems to be less about puzzles as a thing to “solve” and more about learning to understand what the visual and auditory design is trying to communicate.

Each level takes a look at a “head” and the little world inside that head — the whole operation reminds me of the Micro Machines Star Wars playsets, where you would pop open Chewbacca’s head or something and there would be a little world inside there with tiny Star Wars figures. GNOG is a lot like that, except the exterior works in conjunction with the interior. A button you might push inside the head would effect the “face,” so you spin the head around and see if your theory was correct. Sometimes you’re right, and other times you have to turn around and ask the developers for help. 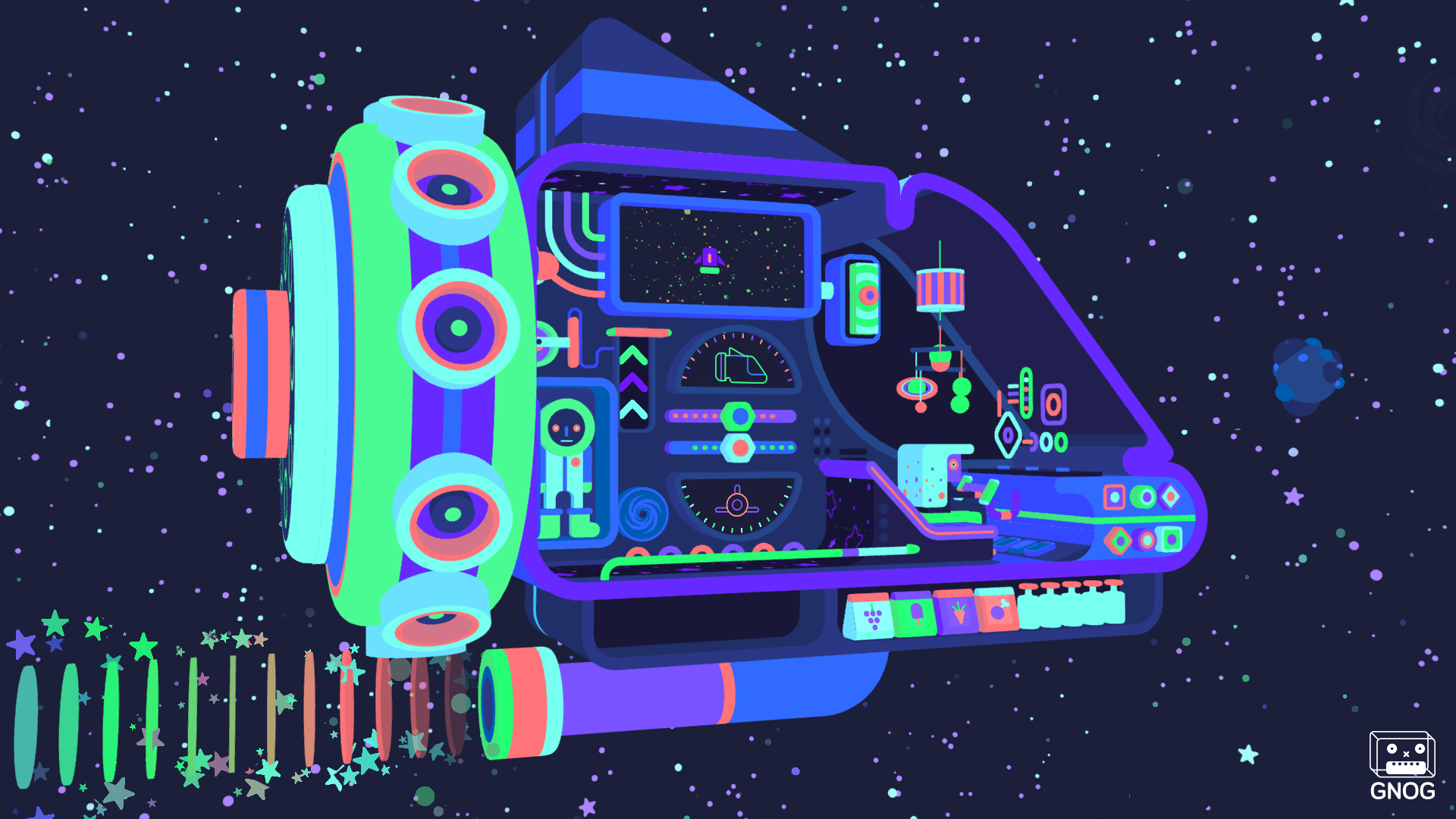 In an ideal world, I could see GNOG cultivating a community of people desperate to learn all its secrets. But, as the past few years have shown, this isn’t quite an ideal world. Worst-case scenario, GNOG‘s page on GameFAQs gets inundated with a lot of forum threads from confused players. Since I didn’t get to see the full game, I’m not sure if GNOG has any kind of difficulty ramp. But for what it’s worth, even when I did get stuck, I did my best to power through. More often than not, I was able to solve the puzzle on my own.

Again, it’s not so much a case of GNOG boasting some tough puzzles. It’s more about the back-and-forth between the game and the player; what certain audio or visual cues mean, and how they relate to the overall solution. Most of the time, it’s easy, or at least intuitive. But GNOG can get too involved in its own little world, making some of the moving parts seem too obtuse.

This is due in part to the game’s sense of style, which is super “indie.” Here, that isn’t a pejorative — it’s just a statement. When I first saw this game, my mind immediately jumped to the Indie Dreamz video from Mega64. Again, not an insult. It’s just that GNOG is an offbeat puzzler with a lot of bright colors, no dialogue, a distinct art style, and a weird name. There are a lot of small, twee little details to the heads and interiors of GNOG, and you could be forgiven for mistaking some of those details for clues.

I’ll play GNOG, and I’ll likely enjoy it if this demo was any indication. There’s definitely something to be said for a pick-up-and-play indie puzzle game, especially if you have any kids. GNOG feels like it came from the Disney mold of “fun for all ages,” rather than the Carnival Games “fun exclusively for children” model. Since it’s less about difficult logic problems, and more a sort of tactile call-and-response, GNOG should be an easy sell for puzzle fans looking for something different.