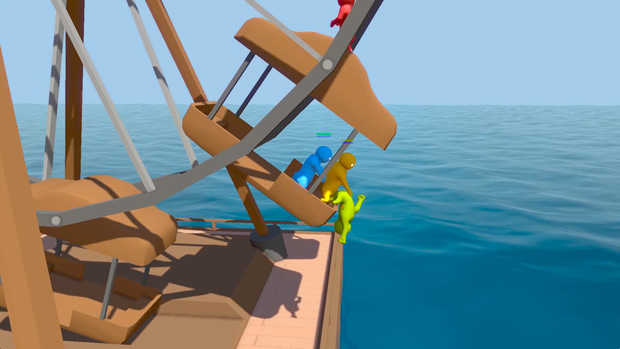 Gang Beasts is hardly new at this point, but we’ve been given another opportunity to talk about it now that it’s a part of the Double Fine Presents line. I’ll take it.

The funny multiplayer brawler will be playable later this month at Double Fine’s PAX Prime booth (#117) and there’s also a fresh alpha build lined up for Steam Early Access on August 29.

This is one of those games that looks like it’ll be immensely fun up until the point at which you’ve had enough, not that there’s anything wrong with that if you come in with the right expectations. Still, developer Boneloaf (haha) has much more planned than is shown in this bare-bones video so by the time Gang Beasts is “finished,” that should change for the better.

One of my all-time favorite things to do in multiplayer games is to take another player down with me (see: New Super Mario Bros. Wii) and that’s an option here. So good.