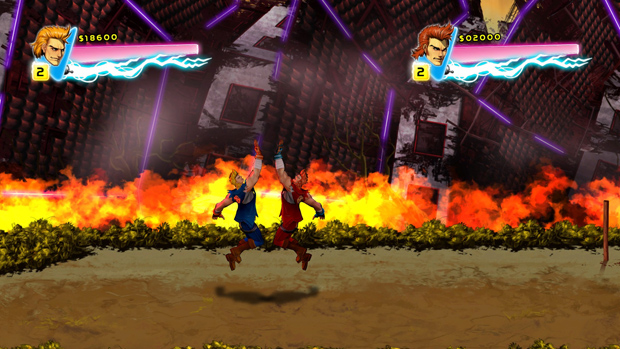 Patrick reviewed the recent PC version of Double Dragon: Neon and found the game itself to be rad but couldn’t say the same for its online cooperative play due to input lag. A new update on Steam has been released to remedy the situation and fix other issues:

As of this week, publisher Midnight City has also added the option to buy a two-pack of Neon on Steam for $12.99. (For the sake of comparison, a single copy costs $9.99). Worth considering if you’ve got a special someone in mind.