Do you love me?

One of the best things I can say about Dota: Dragon’s Blood, the latest animated video game adaptation to hit Netflix, is that it’s completely watchable for newcomers. In just eight episodes, it manages to cover a breadth of lore and overcome other adaptations’ stumbling blocks, largely thanks to its characters.

Dota‘s impermeability can be a boon, as its mechanical complexity has kept players—myself included—playing for literal decades. The lore, on the other hand, isn’t as tightly woven into the game’s framework. It’s largely relegated to item descriptions and hero bios, and over the course of thousands of hours of Dota 2, I don’t know that I’ve ever stopped during a match to read about how the Heaven’s Halberd I just bought from the shop got its name.

It’s refreshing, then, that Dota: Dragon’s Blood makes very few assumptions. Yes, there are plenty of callbacks and cameos that will appeal specifically to people who have spent hours upon hours in the Dota 2 client. But at its core, it’s also a solid fantasy setting that, most importantly, has room to grow.

Dragon’s Blood starts out with the basics of Dota 2. There is the primordial mind, split into Dire and Radiant, that will eventually involve the cosmos in its battle. There are fundamental elements, ancient dragons, and literal gods that roam the land. Most of this early table setting is to inform you that yes, the world of Dota is magical, but there are also a lot of normal humans who get caught up in it.

Davion, an up-and-coming Dragon Knight who travels to different towns and cities to deal with any dragons terrorizing the locals, serves as the more grounded viewpoint. He’s talented but human, or at least he is until his blood mixes with the ancient eldwurm (the oldest and most powerful kind of dragon around) Slyrak’s, fusing the two together. The ensuing discovery of new powers, and their terrifying consequences, serve as a human basis to the story. 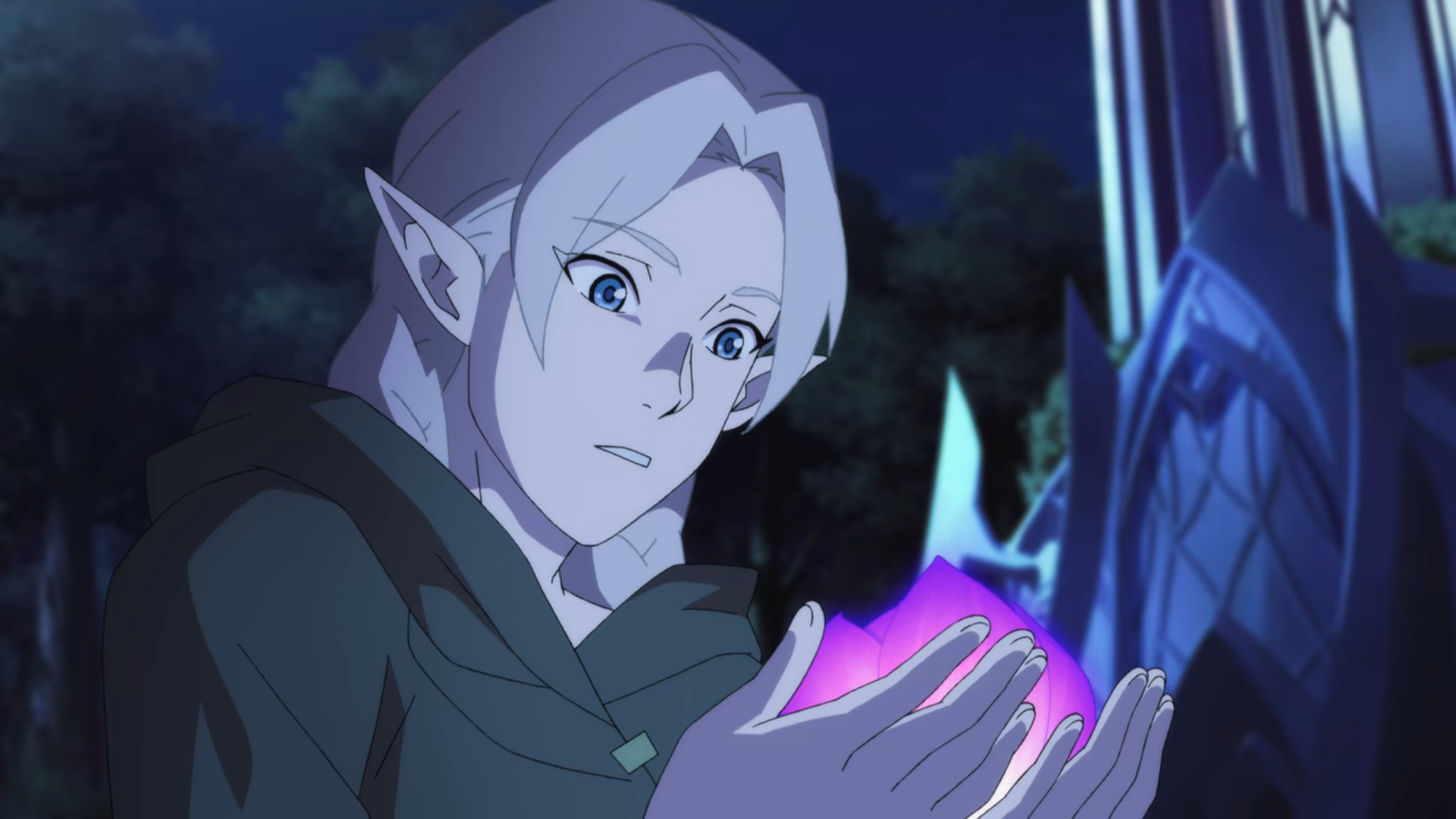 Mirana embodies the other half of the story, as a loyal attendant of the dark moon goddess Selemene who is searching for a rebel elven girl—Fymryn—who stole some of the goddess’ lotus flowers. The ensuing conflict can get muddy in using too many proper names and places, but it’s a standard story of the loyal followers of two different deities waging war on one another, with both Mirana and Fymryn seeking a resolution that benefits their side.

Both have their reasons to fight, though Fymryn’s story of loss and revenge is a bit stronger than Mirana’s quest to return to Selemene’s good graces. One of the larger stumbling blocks in this first season is that Selemene is characterized as a goddess that mends the broken, instilling unyielding obsession for her in the process; yet we rarely see the kinder side of Selemene. She’s frequently scheming and manipulating, and one scene in particular—where she chides her general Luna for committing an atrocity she gently encouraged—made me wonder how Mirana manages to stay on that side of the conflict.

The heart of the story, and the real surprise of the series thus far, is the Invoker. In Dota 2, he’s a boastful mage who gained renown for memorizing a litany of spells. Where most talented mages can master three or four spells in the course of their life, Invoker has an arsenal of magic at his disposal. 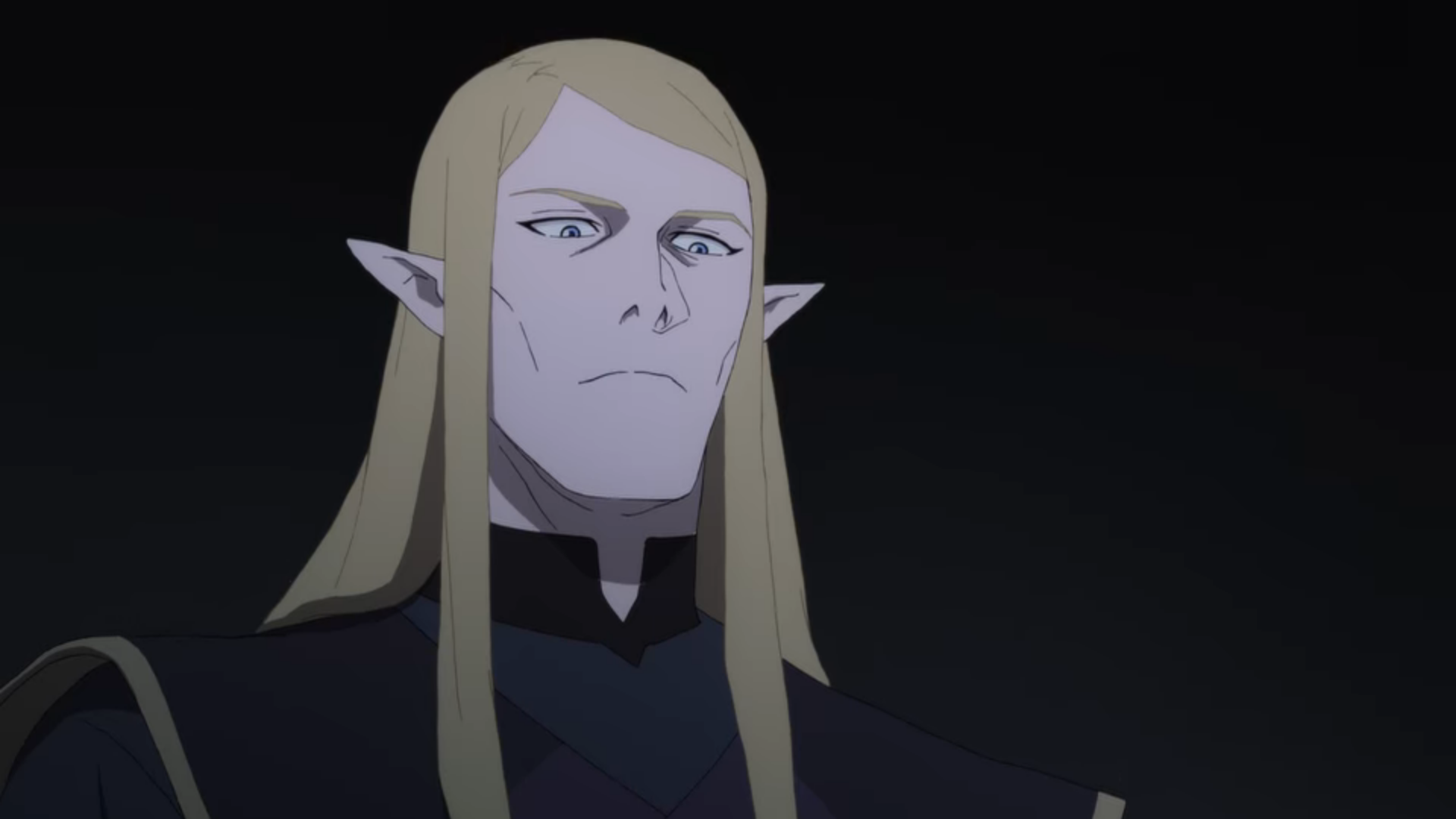 Dota: Dragon’s Blood expanding on Invoker’s backstory and history, with both the world and with specific characters like Selemene, is where it really shines. In flashbacks, he’s shown as both the intense scholar and as a doting father, and his tireless efforts to cure his daughter of an unspecified illness explain his cold demeanor in the present. I never really thought the posterboy of toxic mid-lane players would be my favorite character in the animated series, but well, here we are. Invoker’s story is well-told, and his place as both the behind-the-scenes manipulator and grieving father is a highlight.

There are also plenty of fights, and with Studio Mir—known for its work on, among other series, The Legend of Korra—animating them, it should be no surprise that they’re excellent. What’s impressive is the breadth of battles that happen: everything from a clash between an eldwurm and the superpowered Dragon Knight Kaden to small bouts where Mirana’s bodyguard Marci gets to flex her impressive martial arts skills form a wide range of action sequences.

There’s a special kind of excitement in seeing a Dota hero’s abilities animated so well. During one fight late in the series, I was genuinely excited when the demonic Terrorblade—a demon so bad that hell made another hell just for him—used his Reflection ability and seemed to Metamorph mid-fight. Mirana’s Starfall is fittingly dangerous, and I have a newfound appreciation for Luna’s Lunar Beams and Eclipse, which are essentially the fantasy version of an orbital ion cannon.

Even if you don’t get giddy about seeing a Gem of True Sight, there’s still a lot to enjoy about Dota: Dragon’s Blood. Alongside Invoker, Fymryn’s character arc has a strong start and leaves her as another presumptive protagonist for future seasons. The jokes don’t always land—Marci’s expressions got the most laughs from me, and despite never speaking a word in the first season, she still ends up being one of the more memorable side characters. 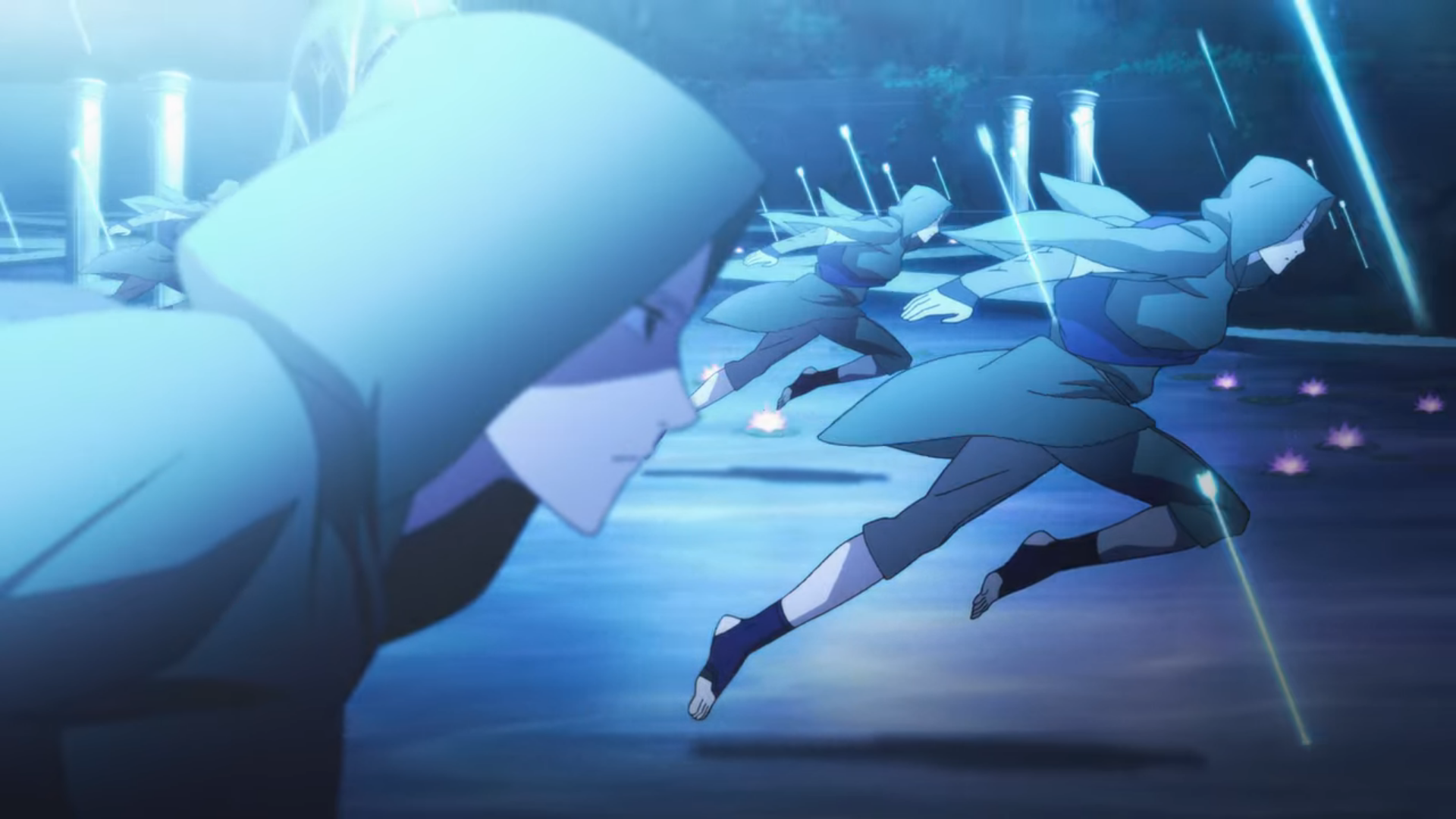 Really, this first season is a foundation. By the end of Book 1, the party has been split in disparate directions enough to explore the world at large, and that’s likely to be the more exciting content. The world of Dota is filled with some real wild characters—giant spiders and centaurs, living rocks and trees, a Greek god, and a gnarly butcher to name a few—and I’m hopeful future seasons find some time for one-shots to delve into the side content.

Pacing is the one major issue, as some storylines drag on a bit as characters move into place or dialogue wears on. The scene where Davion is arguing with the other eldwurms in the spiritual plane drags, and hampers the urgency of what’s happening in the corporeal world.

Where it’s at, though, Dota: Dragon’s Blood is off to a good start. It’s not quite Castlevania, but it’s thankfully not Dragon’s Dogma either. Pacing issues aside, there’s a fair bit to enjoy in Dragon’s Blood‘s relatively short runtime, and it leaves off on a strong note. If you’ve ever been interested in the lore behind the game, or just in seeing some cool magic and gorgeous Studio Mir-animated battles, Dota: Dragon’s Blood is approachable and entertaining, with room to grow.