Millions of dollars still on the line

After three full days of Dota 2 matches, The International 5 — the highest-paying eSports event ever — is fifty percent completed. With $18 million dollars on the line, eight teams of five are still in contention for the title of “best Dota 2 team in the world.” 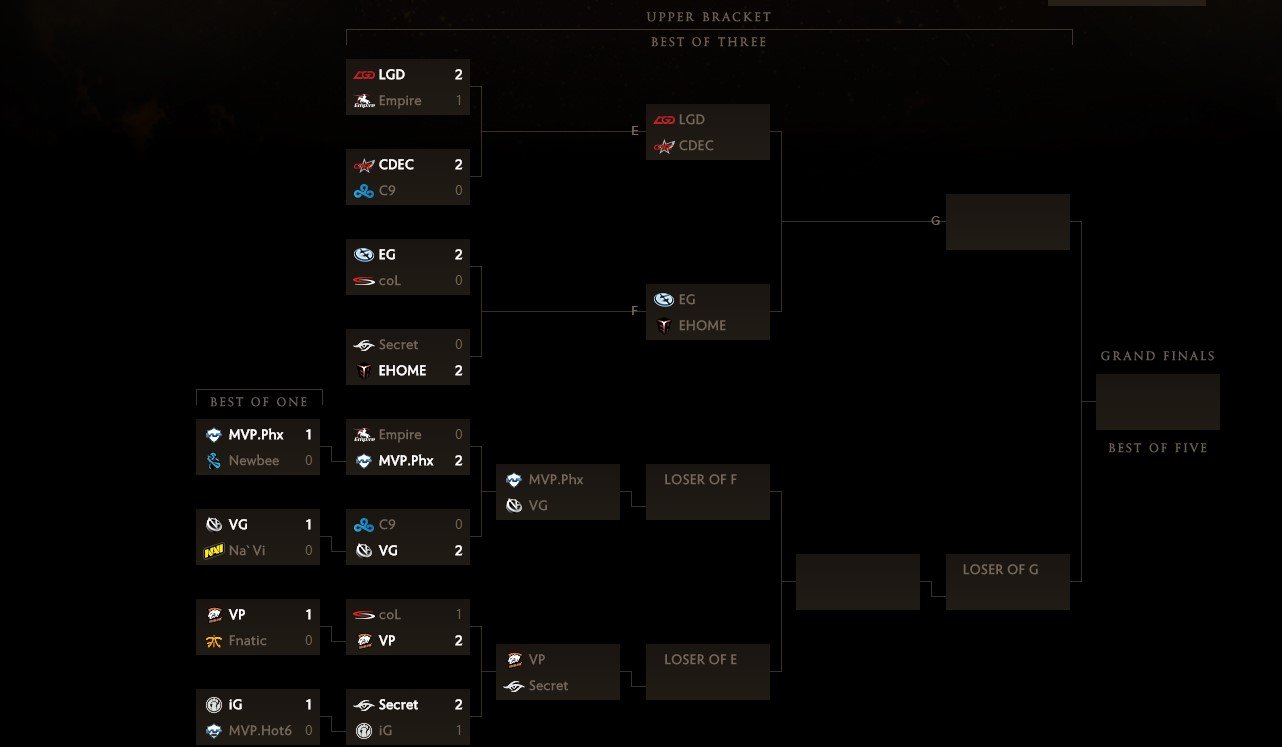 Full bracket as of August 5.

Notable victories include wildcard team CDEC Gaming winning 2-0 over Cloud9 and Invictus Gaming being eliminated by Team Secret. The matches pick up and go all the way until August 8, so we have yet to see half of the upsets that are sure to come.