The International 5 is coming to a close tomorrow. The three remaining teams in the Dota 2 world championships are each guaranteed at least $2 million dollars.

The day started with an elimination match between LGD Gaming and Virtus Pro. LGD.Sylar began with a huge game one against the last Russian team. In game two, not even VP.G’s solid performance with Queen of Pain, an incredibly strong hero in the current meta, could overcome LGD’s beautiful play. 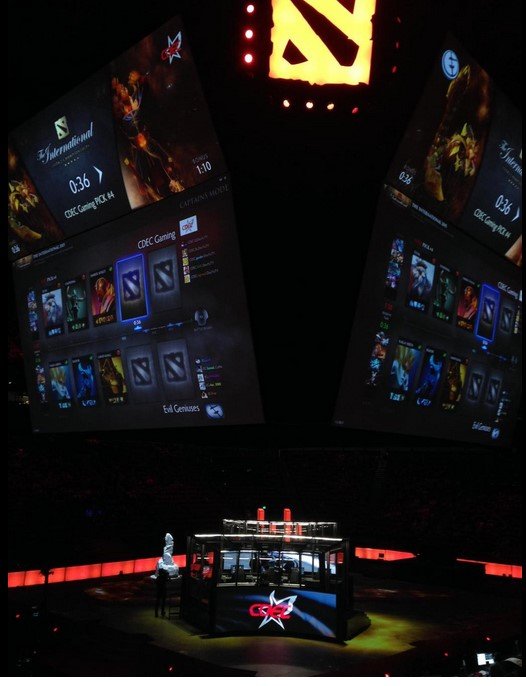 Evil Geniuses was not many people’s favorite to win TI5. Even though the team ranked third at last year’s TI4, people had considered other teams like LGD, Team Secret, and Newbee to take the title over the American team.

That being said, the group found itself pit against CDEC Gaming in winners finals. CDEC would prove to be oppressive at the start of game one, but a few smart plays by EG|Fear put them in a prime position to win. They crumbled under the pressure, however, and CDEC managed to outpace them. Then in game two, not even a strong strategy of countering CDEC.Xz’s Bounty Hunter could lead them to victory.

Leading up to this semi-losers finale match, VG had been undefeated throughout the main stage games. They kept the streak going into game one where VG.Hao managed to roll out as the Queen of Pain against LGD’s teamfight strategy.

LGD seemed to stop fooling around in game two and decided to take aggression out on VG.Hao’s Razor. LGD laid down constant pressure and kept pushing their advantage the entire game, keeping the set going at 1-1.

In the third game, LGD took a tiny, but noticeable lead early on. After nine minutes, VG.IceIceIce’s Dark Seer had fallen to LGD.Sylar’s Gyrocopter one too many times and the team snowballed, quite literally, into victory and secured a top-three finish.

The broadcast tomorrow will begin at 10:00am PDT with EG vs. LGD.

The winner of that match will go on to play against CDEC — a team that was the wildcard play in but has gone undefeated in the final bracket — for the $6.5 million grand prize.