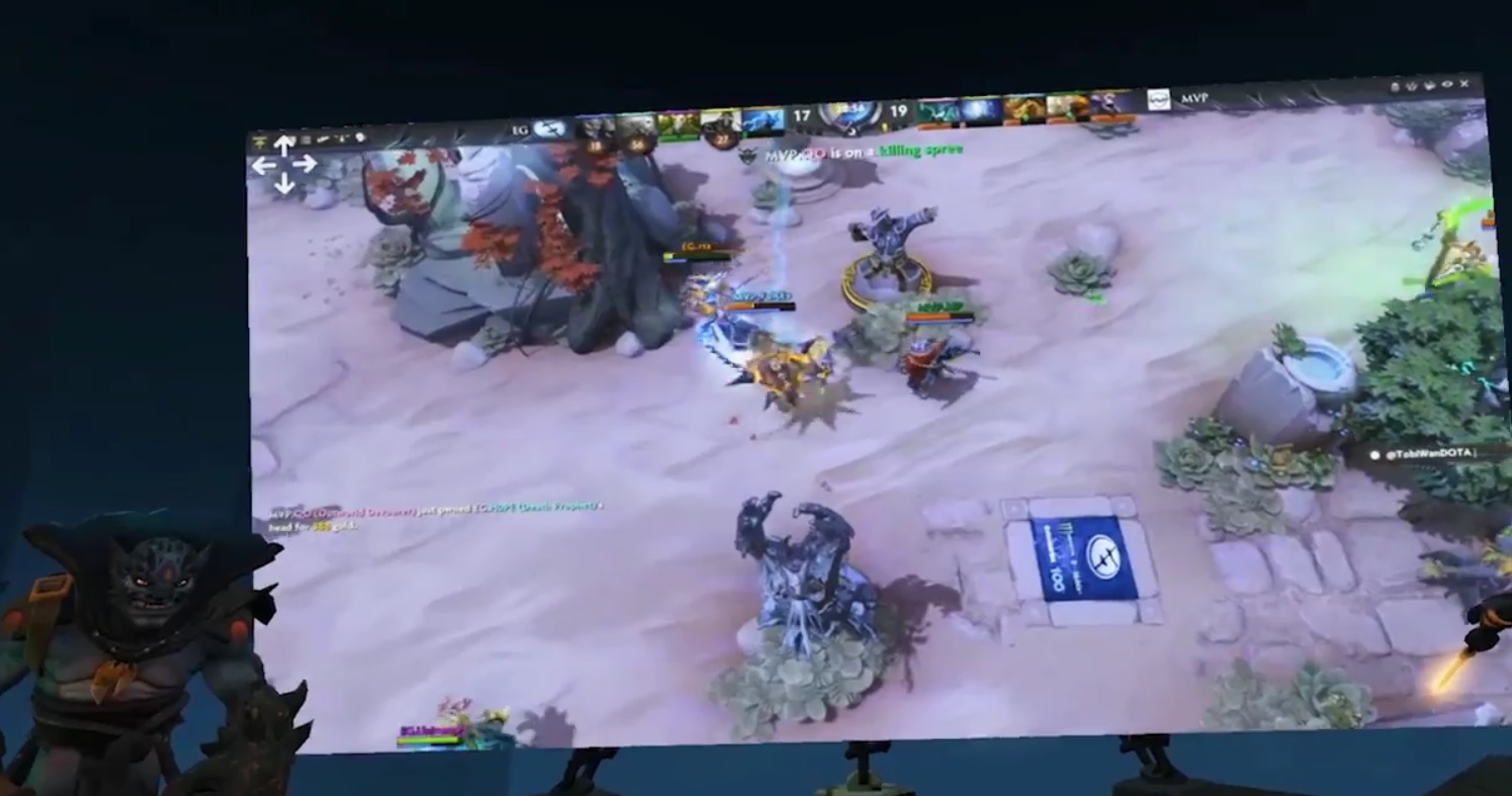 Valve just put out a new trailer for all of the upcoming Steam experiences on its “Steam VR” landing page, and it involves Dota 2 in some capacity. The video initially pans in on the virtual screen showing the action in front of the player, before looking to the side to see a representation of the character’s picked, complete with animated avatars and their loadouts. It then pans to a 3D map in the center of the screen that’s being updated as the match plays out.

Combined with Virtual Desktop, Valve basically wants to make it so you can use your entire system with a headset on. I’m kind of okay with that, as long as the games can keep up.