Act 1 of Siltbreaker is out now

When I bought into Dota 2‘s $9.99 Siltbreaker campaign (which includes a host of convoluted The International 2017 Battle Pass extras), it felt like I was taking a step into a timewarp when “use map settings” custom games ran supreme in Starcraft and Warcraft III.

That trial by fire-esque unforgiving atmosphere is what the MOBA genre thrives in, but it was a tad surprising to see that philosophy carried over in 2017. In its current incarnation, I don’t see it expanding beyond the hardcore crowd. 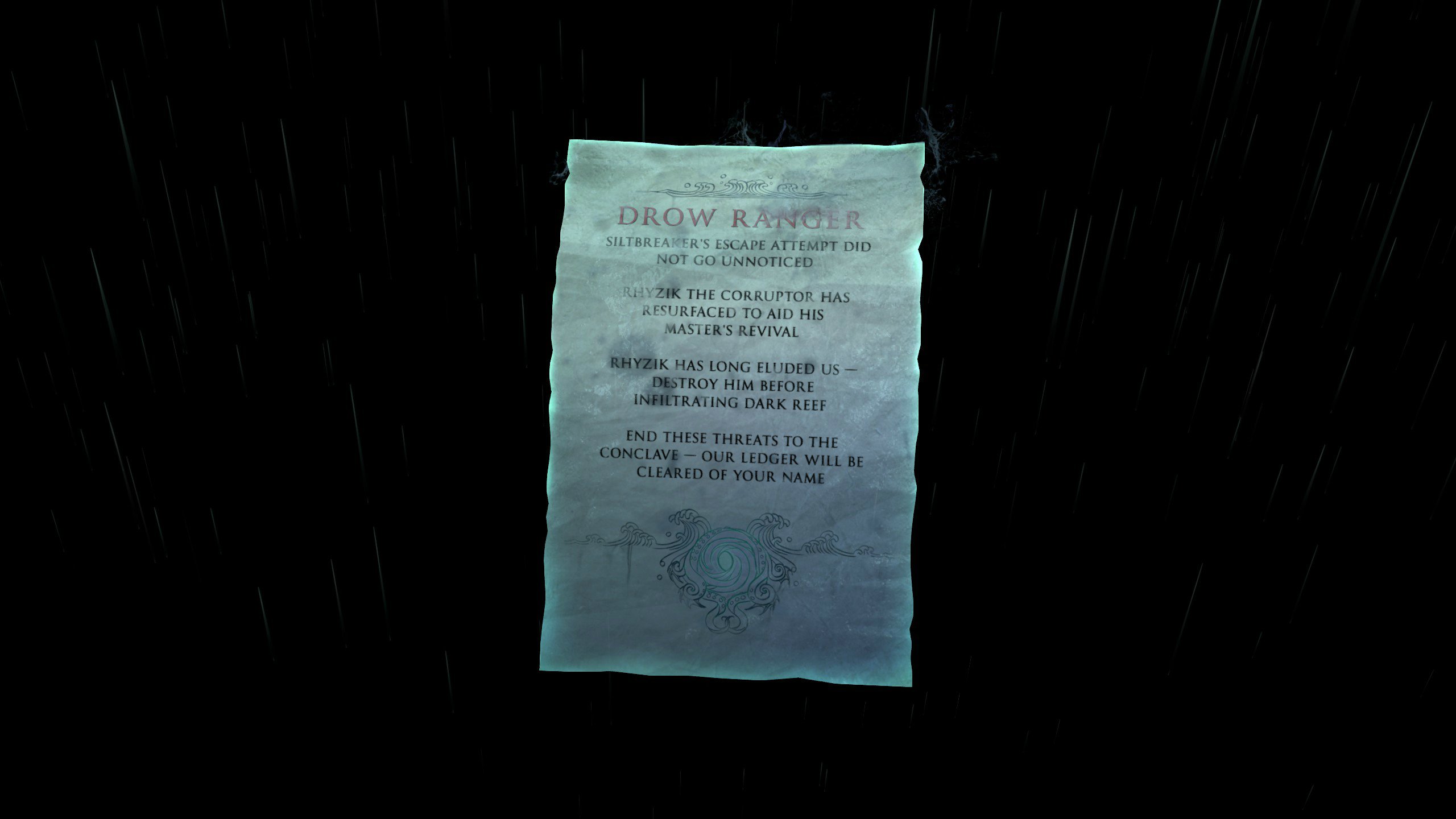 Having paid little attention to the development process of Dota 2‘s story mode (which only has a roughly one hour first act, of two, at the moment), I sort of expected it to be a bridge between the tutorials and ranked play, but was sorely mistaken. Seconds into the game our party of four was shoved into a situation where we had to come up with a composition, a scenario that went to shit after we hit a language barrier and two others declined to talk — great start.

Luckily we ended up with a fairly balanced group (myself as the Drow Ranger for her crowd control, a melee tank, a healer, and a mage), but it didn’t help much, as half our group consistently died at the first boss Lucius Longclaw, a werewolf with crushing melee swipes, 20 minutes in. This is after our tank suffered a series of five deaths leading up to that encounter. For those of you who don’t know the intricacies of Dota‘s item meta or the concept of stutter-stepping (moving in such a way where you’re always in motion and attacking), Siltbreaker is going to be brutal.

Enemies do a ton of damage, traps do even more, and bosses/elites have plenty of one-hit kill attacks. If you’re a frail ranged character you absolutely need to kite, as even standard mobs can whittle your health down to nothing. While there is the option to buyback (for heaps of gold that you could be spending elsewhere) it’s not recommended as your teammates can resurrect you, but given the sheer numbers of enemies thrown at you it’s often hard to get one in during a sticky situation. Sometimes you can zone in with a composition that simply can’t handle the horde, and you’re basically done for (tip: a character like the Drow Ranger is a good fill pick).

Oh, and that hour long length I mentioned earlier for the first act? If you screw up and have a team wipe at any point it’s back to the home screen — no checkpoints. In that sense it feels like an MMO raid, a move that I can appreciate having had plenty of experience in the field, but alienating to a bunch of other folks who are going to assume that they can jump in and “learn” Dota through this experience.

Concessions like the curation of DOTA heroes (with alterations to make their abilities more PVE friendly) from a giant overwhelming pool to a small selection are a good start, but I don’t see many players partaking in a “start to finish” journey unless some tweaks are made. While I’m mostly fine with it as-is, a casual difficulty setting would do wonders for cutting down on queue times, as would better rewards (they’re all very inside baseball at the moment). In the meantime if you’re intent on clearing it, grab three friends who know what they’re doing instead of randomly taking a chance on wasting an hour or so.