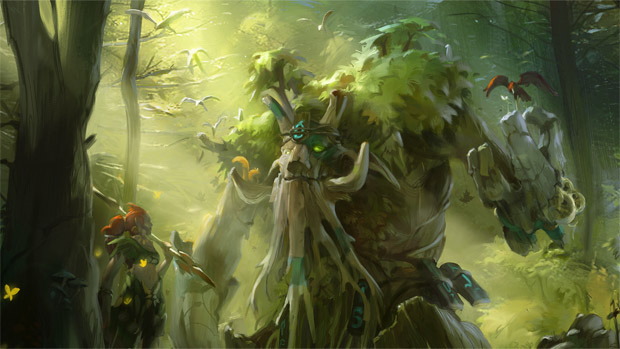 I hope all you Dota fans out there appreciated that title pun. Been working on it for days!

Dota 2 updates frequently, but today will be one of the biggest updates to the game in a long time. The Warcraft III version of DOTA recently got update 6.75, which included a gigantic amount of changes to almost every single hero. The current metagame is being turned on its head!

It was a bit surprising, then, that Valve brought all of those changes and a not-yet-implemented hero (Magnus) into the Dota 2 client within a week. We knew it would come eventually, but I think most people would have understood if it wasn’t in the next patch.

You can view all of the patch notes here, but to kill time until it launches on the main Dota 2 client, I’m going to provide my thoughts on some of my favorite changes.

Alchemist has always been one of my favorite heroes, but these buffs are going to skyrocket his effectiveness. Goblin’s Greed is now way better, allowing his Gold Per Minute and farming ability to get him his core items that much faster. Also, thank goodness that gigantic “STUN ME” number indicator is gone!

These buffs make Axe so much better. I always thought he was a decent hero, but this will make him more survivable and better at locking down kills. Now maybe people will pick Axe for more reasons than to just show off their 900 Axe items.

Normally I would say that every skill is worth it in some capacity within Dota 2. But Chilling Touch was downright terrible. It got a decent buff, but I’m still not sure it will be taken over stats.

Just what Bane needed: and Enfeeble buff. It was bad enough to lane against him with two disables at level 6, and now he can reduce someone’s damage by a ton early game if he wants to! To be honest, I always forget to use Enfeeble when I play Bane, so hopefully this will help remind me.

Yes! Another one of my favorite underutilized heroes receives an amazing buff. Better turn rate and a better Firefly will make his escapes that much more perfect. A Strength increase is just icing on the cake at this point. Batrider solo mid is back and better than ever!

Finally, my favorite iniatiater gets the buff he needed: he’s no longer countered by Force Staff alone. I’m still terrible with his hook and he falls off completely in the late game, but at least I won’t be ridiculed anymore just for picking him (maybe).

I’m no pro, but I do wonder if this will affect Dark Seer’s position as a first ban/pick in the competitive scene. His Vacuum got a huge nerf, which in turn affects his combo synergy with Naga Siren.

It wasn’t until recently that I began to fall in love with Doombringer. He’s such a versatile character that I can play him as a powerful utility character and still be effective. Now, he doesn’t even need a lane for early experience since his jungling power just went up. Should make for some easy level 1 and 2 ganks with jungle Ursa’s cap or Troll Warlord’s net.

I’ve only played Jakiro twice, and failed horribly each time. He’s awkward to play as because of his deceiving turn speed and lackluster spells. They are obviously meant to be used in tandem, but it’s very hard to do so. This new Ice Path should make him a much more viable pick, at least in public games.

Hah! Suck on those nerfs, Lycanthrope. Huge nerf to Spirit Wolves will hurt his jungling and early game a whole lot. Can’t wait to witness his fall from grace, especially in pubs.

I’m terrible as Necrolyte, but my friends are not. Hopefully this rework will make them even better with him.

Agility growth increased to 4.2………….WHAAAAT?! That’s absurd. I have a soft spot for PL because he was the first carry I did well with, so maybe I’ll play him more often now that his stat gain is the absolute best. SUCK IT, PUGNA!

Upon dying half of Shadow Fiend’s souls (the amount lost on death) will be released as if you had cast
Requiem of Souls with those souls. This cast doesn’t put the spell on cooldown and will trigger if it is on
cooldown. It is now a passive component of the ability.

And on this day I never ganked Shadow Fiend ever again.

Spirit Breaker was always a cool hero, and now he’s actually useful! I expect a lot of SB picks in public games from now on. Can’t wait to try out the new, better-charging SB!

This is my favorite hero change in the entire patch. I absolutely love Treant Protector (Bulbasaur, as I call him) and with his reworked Living Armor sounds like one of the best skills ever. I plan to go All Pick for the first time ever just to ensure I get Treant as much as I can.

As a support player, this is my overall favorite change from the patch. I’m going to buy so many damn wards.

This is a really interesting change and should shake up the metagame like CRAZY. Two more heroes will make it through the first ban phase that couldn’t before, which will make for some crazy teams and matches.

In other words, I CAN’T WAIT! What about you guys? What changes are you anticipating most?